SINGAPORE - Popular fastfood chain Subway is in the midst of applying for a halal certificate for its outlets across Singapore, the restaurant said on Wednesday (March 21).

Subway Singapore said in a Facebook post that it has "initiated a halal certification process" and that all its restaurants will service only non-pork protein from Wednesday onwards.

Earlier this year, on Jan 31, the Islamic Religious Council of Singapore confirmed in a tweet that the fastfood chain had "shown interest" in applying for halal certification. 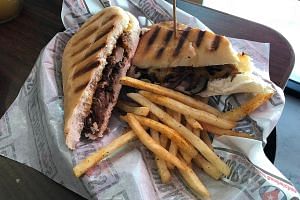 "We've had a few rounds of discussion with them to help them prepare themselves," one tweet said.

However, it added that it had yet to receive formal applications for the certification.

Among the ingredients replaced were regular bacon, with chicken bacon, reported AsiaOne.

Subway SG has shown interest in getting their outlets Halal-certified. We've had a few rounds of discussion with them to help them prepare themselves.