SINGAPORE - The consumption of shark's fin is controversial, but with Chinese New Year fast approaching - on Feb 16 and 17 - the ingredient will be on the shopping list of many families, and spark many debates.

Lianhe Zaobao reporter Lee Lay Ming travelled to Spain, one of the world's largest shark meat producing countries, and Taiwan, a big player in the entire shark's fin supply chain, to understand the trade and customs of people who catch, trade and consume shark.

The article first appeared in Lianhe Zaobao on Sunday (Jan 21) and is translated here by Lim Ruey Yan.

This is an excerpt of Ms Lee's story:

The local fishing activities are concentrated in this coastal town in north-west Spain which also has the largest fishing port in Europe.

According to data provided by the Agri-Food and Veterinary Authority of Singapore, Spain was among the three biggest exporters of shark's fin to Singapore from 2012 to 2016. The amounts exported ranged from 692 tonnes to 1,073 tonnes.

Large-scale fish auctions are held in Vigo, and the catch includes blue sharks and mako sharks.

On a trip there last July, I visited Vigo SeaFest, organised by the Cooperative of Shipowners of the Port of Vigo. There, I sampled a meal of blue shark and mako shark - a common dish in Spain - for the first time. 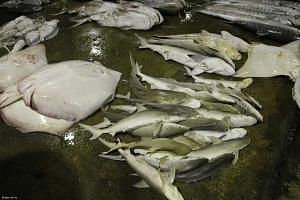 'Focus on demand for shark meat instead'

Other than in Spain, people in Europe, including Italy, France and Iceland, also consume shark meat. The demand for shark meat has been rising in recent years in some South American countries, including Brazil.

While the total global import of shark's fin dropped by about 18 per cent between 2004 and 2011, the import and export of shark meat increased by an average of 4.5 per cent annually between 2000 and 2011, according to a report released by the Food and Agriculture Organisation of the United Nations in 2015.

Mr Joaquin Cadilla Castro, president of Spain's Organisation of Longliners from A Guarda, said: "We should not talk only about shark's fin when discussing sharks, as shark's fin is for the 'nobles' in Asia.

"The most important part of the shark is the body, and the places which sell shark meat are the poorest parts of Europe, as the people cannot afford fish which are more expensive."

Fish wholesaler Juan Rojas, 72, who started his business at age 15, said most of the shark meat he purchases is supplied to markets in southern Spain, while some is exported to Italy.

After a 48-hour trip to Vigo, I travelled to Taiwan, where there are shark's fin processing plants on the island.

Like in Spain, people here consume shark meat as well.

Mr Wu Ming-fen, the Marine Conservation Section chief at the Deep Sea Fisheries Division of the Fisheries Agency under the Council of Agriculture, said sharks are important for the Taiwanese.

"We hope for sustained availability of the shark resources, so that our descendants can eat sharks too, and our food culture can be passed down to generations," he said. 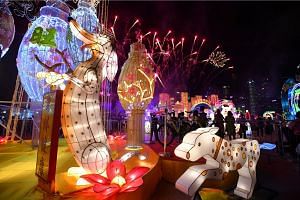 But the trade in shark's fin is on the decline.

Trader Chen Chin-cheng, 55, runs a factory in the suburbs of Kaohsiung which can produce more than 1,000 tonnes of shark's fin annually at the peak of the business. It now produces less than 200 tonnes a year.

"The outside world feels that our shark's fin industry is very glamorous, but in fact... the current profit is only 3 to 5 per cent. We are just helping the fishermen, so that the economic benefits of the sharks they catch can be stretched further," he said.