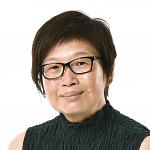 SINGAPORE - He has done all that he wants to do and it is time to move on to his other passions, says chef Andre Chiang, 41, who shocked the food world here on Wednesday (Oct 11) when he announced he would close two-Michelin-starred Restaurant Andre on Feb 14, 2018.

Speaking to The Straits Times, the Taiwan-born chef said one priority was researching the produce from the place of his birth, and showcasing them at his restaurant Raw in Taipei.

"Raw is the platform for showing the best of what Taiwan can offer," he said. "I want to spend time researching my culture."

He will also be working on design projects, and continuing with the pottery and sculpture work he has had to squeeze in between his 16-hour days at Restaurant Andre.

Although he is returning to Taiwan, he has not given up on Singapore, and will continue to work on projects here and abroad. He will spend time at Burnt Ends, MeatSmith and Bincho, restaurants here in which he has investments; as well as Porte 12, his bistronomy restaurant in Paris.

He will also curate the concept for the restaurant that will take the place of Restaurant Andre in Bukit Pasoh.

Even before he opened the restaurant, the chef knew the trajectory of his career.

In an interview with The Straits Times in 2010 for a profile, he said: "I'll retire, maybe at 45, and help more young people become chefs. I'll keep the restaurant and cook family food. You don't know what you are going to get and you won't know who you will sit with. You'll come in and I'll cook. Then I'm happy already."

It was an extraordinary thing for a chef, who blew into Singapore like a breath of fresh air in 2008 to head the kitchen at Jaan at Swissotel The Stamford, to say. And that was just two months before he opened his luxe restaurant in Bukit Pasoh, which has since earned two Michelin stars in the Singapore edition of the guide.

At the time, he was the talk of the town among those who love to eat.

He had honed his skills in the toughest Michelin-starred restaurants in France, and thrilled diners here with beautifully plated, carefully thought-out food that managed to be refined without being fussy.

At 41, he is doing what he said he would, but four years ahead of schedule.

Why does he not want to garner a third Michelin star for the restaurant?

"Why? Do you think it's going to change anything? No, I don't think so. Will it make a better success story? Maybe. But do I have to have a movie ending that everybody wants to see?

"I know I can do more than just cook. I don't feel that I've lost something. I know I have gained more."

Mr Chan Hock Sen, vice president of Michelin Asia Pacific, has confirmed that Chiang has sent a letter to inform Michelin about his intention, and says that such cases - of chefs requesting to return stars -have happened before.

He says: "Every case is different, and it could be due to restaurant closure or a change in concept or chef. The guide will review every request carefully.

If Chef Andre closes his restaurant, it will naturally not appear in the next edition of the Michelin Guide Singapore. We remind you that all editions of the Michelin guides are made for people who uses our guide."