SEOUL (THE KOREA HERALD) - YG Entertainment's Yang Hyun-suk faced allegations on Thursday (June 13) that he pressured a witness to change his testimony in an attempt to cover up iKON leader B.I's alleged use of an illegal drug.

The witness filed a report on Tuesday with the Anti-Corruption and Civil Rights Commission claiming the investigation into B.I's alleged drug use was dismissed due to corrupt ties between police and YG, according to local media.

B.I, 23, whose real name is Kim Han-bin, bought the hallucinogenic drug LSD in 2016, and police detected signs of the transaction but did not open an investigation into him, public broadcaster KBS reported on Wednesday.

Yang forced the witness to change his testimony in favour of B.I and paid for a lawyer to help the idol star avoid investigation, according to the KBS report.

Following the change in witness testimony, B.I was reportedly not investigated for the alleged drug use.

YG Entertainment could not be reached for comment on the report. 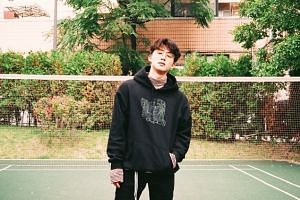 Other media reports said that YG had denied the allegation, claiming Yang's meeting with the witness was to check whether the rumours were true and Yang never forced him to change his testimony.

B.I denied the allegations of his drug use, but apologised and said in a post on Instagram that he would leave the band.

Police said on Thursday they are considering reopening an investigation into B.I.

YG on Wednesday apologised for the drug allegations and announced it had terminated its contract with B.I.

"Taking this seriously, (YG) decided on his departure from the team and the termination of his exclusive contract," YG said in a statement.