LOS ANGELES (BLOOMBERG) - Netflix started streaming The Witcher on Friday (Dec 20) as fantasy drama fans still smarting from the end of HBO's Games Of Thrones searched for a new favourite.

The eight-episode series is based on the long-running string of novels and short stories by Polish author Andrzej Sapkowski.

It was previously adapted into comics and video games.

The Witcher follows the story of Gerald of Rivia, played by Henry Cavill, a medieval beast hunter with supernatural abilities, along with sorceress Yennefer of Vengerberg, played by Anya Chalotra, and Freya Allan as Princess Ciri.

It was created by Lauren Schmidt Hissrich, whose TV writing and producing credits include The West Wing and Parenthood, and was filmed in Hungary, Poland and the Canary Islands.

Production of a second series was announced in November.

The show has amassed a Rotten Tomatoes rating of 58 per cent.

The New York Times suggested the show was merely a generic version of the beloved Game Of Thrones, which wrapped up in May after eight seasons. 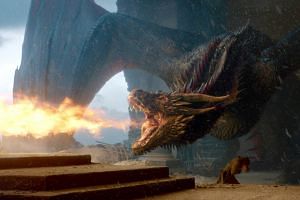 The popular response was been more positive, and #witcher and #witcherNetflix were trending on Twitter on Saturday morning. IMDb by midday on Saturday showed a rating of 9.1/10 from over 23,000 users.

Sapkowski, 71, introduced the main Witcher character in a Polish science fiction magazine in the mid-1980s.

A short-story collection followed in 1990 before the full-length The Last Wish in 1993.

His books have been translated into more than 20 languages.

The video games have helped producer CD Project SA in Poland post a return of 21,000 per cent since the end of 2009 - Europe's biggest stocks success of the past decade.