SINGAPORE - Growing up, electronic music singer-songwriter Jasmine Sokko never thought that she could make it in music.

"I think it's really unbelievable," the 22-year-old says in the latest episode of ST Sessions, which is back for a fourth season. The Straits Times' online video series features rising talents in Singapore's music scene.

"I mean, just being in Singapore, it's hard to even dream of wanting to become a musician growing up, it's like a very forbidden thing. When you share with your friends or parents, it just gets relegated to being a hobby."

Music has certainly become more than a just a trivial pursuit for the Singapore Management University undergraduate. When she released her debut single, 1057, in 2016, it went to No. 1 on Spotify's local Top 50 Viral chart. She ranks fourth in Spotify's list of top local female artists, behind Mandopop stars Stefanie Sun, Tanya Chua and Olivia Ong.

She has since released more singles as well as a debut EP called N° last year(2017), and has performed at major events like Ultra Music Festival Singapore 2017.

In the ST Sessions video, she is filmed performing at Kreatif Connections, a festival at the Empress Lawn that celebrates 50 years of bilateral ties between Indonesia and Singapore. 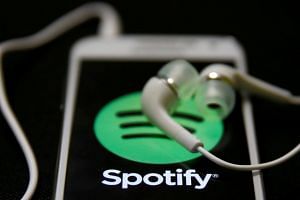 Music sales climb for fourth year, thanks to streaming

Like in her other public appearances, her face is covered in a visor.

"Having a mask became a thing because it gives the whole mysterious vibe, and this aesthetic is kind of like how I would perceive myself to be like in visual form," she explains.

ST Sessions' fourth season is part of a series of digital video programmes produced in a partnership between the Info-communications Media Development Authority and Singapore Press Holdings.