A 57-second trailer done in a Singapore setting, and featuring scenes from Star Wars: The Force Awakens, has been making rounds on the Internet in Singapore.

The video, created by 25-year-old animator Ivan Goh, has been viewed more than 25,000 times since it was uploaded on Sunday (Dec 13).

Mr Goh told The New Paper that he made the trailer to celebrate the release of the sci-fi franchise's newest movie this week.

Mr Goh started the project in October, after the release of the official Star Wars movie trailer.

He spent hours cropping out and re-mapping the movie footage with videos of Singapore's landscape. 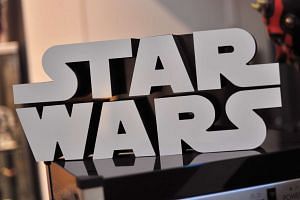 The video also featured a lightsaber duel filmed in Nanyang Technological University, that took weeks of rehearsals to perfect the choreography.

But his hard work has paid off.

"I never expected it to get as much attention as it did," said Mr Goh, in an interview with The New Paper.

"I'm happy to have entertained so many people as well as giving them a taste of how Singapore might look in a big blockbuster film."