SINGAPORE - Reactions to the Singapore premiere of Star Wars: The Force Awakens have been largely positive, as visibly excited audiences emerged from the screening with happy faces.

Several viewers pointed out how the new film in the iconic series successfully managed to appeal to nostalgia as well as introduce a new set of characters.

Nanyang Technological University professor Liew Kai Khiun, 42, who has research interests in pop culture, told The Straits Times: "Director J.J. Abrams managed to pull off the perfect multi-generational story, with both the old cast and a brand new generation of actors. 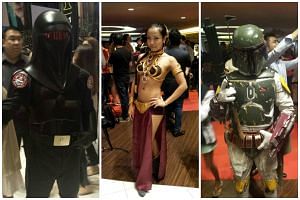 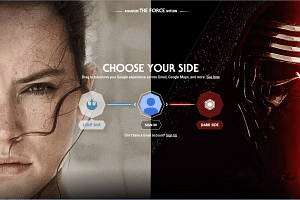 5 ways to feel the Force of new Star Wars movie

"It also broadens diversity with a white female and a black male in the lead roles, which I think speaks to the present. So much happened in this movie - I am going to need to watch this a few more times."

Singapore-based British actor George Young, 35, agreed: "The movie will satisfy everyone. Fans will love that it is familiar yet new at the same time, while new viewers will love droid BB-8. I thought the movie was awesome."

He said of the two-hour 16-minute film: "There is a lot of suspense and the action is great, but I feel like it dragged on far too long and got a little repetitive."

The screening they attended, which was held at Shaw Lido on Wednesday night, was the  first showing of the hugely anticipated film in Singapore.

The invite-only event was open to members of the press, celebrities, trade partners and select fan groups of the iconic film series.

The first public screening of the film was held at the same venue hours later past midnight.