LOS ANGELES (REUTERS) - After welcoming twins earlier this year and mastering the art of changing diapers, George Clooney and wife, human rights lawyer Amal Clooney are not looking to expand their brood further.

Clooney, 56, spoke candidly in an interview with the Hollywood Reporter, published on Wednesday (Sept 6), about becoming "a very good diaper guy" and the pressures of being a first-time father to twins Alexander and Ella, born in June in London.

When Amal Clooney was asked if she wanted to have more children, the reporter said, her response was a negative shake of the head.

The twins have been the subject of much speculation and the Clooneys, one of Hollywood's most famous couples, kept a low profile before their birth.

"The first thing you think is, 'I hope I don't screw this up,'" Clooney said of fatherhood. 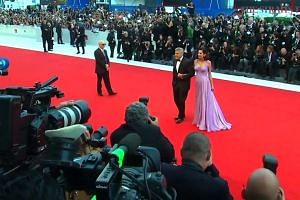 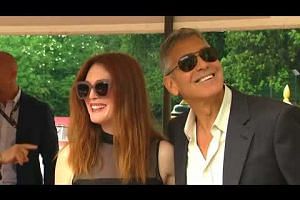 He also added, "But I'm a very good diaper guy, which I didn't know I would be."

The actor and director of the upcoming black comedy Suburbicon also discussed an array of topics, from his friendship with former US President Barack Obama, with whom he said he sometimes shares some "racy" texts, to his own political ambitions, or lack of them.

"I'd like to not think I would be in politics. I'd like to think that would make my life miserable. I don't really think about that. But I do think you always have to participate, in your town and your country and the world," Clooney said.