WASHINGTON (AFP) - Hollywood star Liam Neeson insisted on Tuesday (Feb 5) he was "not racist" after confessing that he had once set out to attack random black men after a friend of his told him she had been raped.

"I'm not a racist," Neeson said on ABC news, although he admitted he had felt a "primal urge to lash out" some 40 years ago after hearing from his close friend that she had been raped by a black man.

"I went out deliberately into black areas in the city, looking to be set upon," the 66-year-old star of Schindler's List said, recalling that he went out several times carrying a cosh and hoping a black person would pick a fight.

"I'm ashamed to say that and I did it for maybe a week, hoping some black b*****d would come out of a pub and have a go at me about something, you know? So that I could... kill him," he told the British newspaper The Independent earlier this week.

"It was horrible, horrible when I think back, that I did that. And I've never admitted that," he said.

In the end, no violence occurred and Neeson added, "It shocked me and it hurt me... I did seek help, I went to a priest."

Neeson made the remarks while promoting his new thriller Cold Pursuit, about a father seeking revenge after his son is murdered. 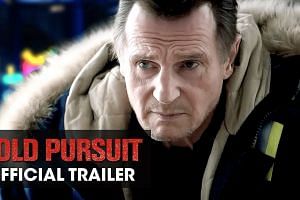 While the star of Taken - a hit film about a former CIA agent trying to track down his kidnapped daughter - insisted he was not racist, he said his reaction underscored the need for a broader debate on race in society.

"If she had said an Irish or a Scot or a Brit or a Lithuanian I would - I know I would - have had the same effect. I was trying to show honour, to stand up for my dear friend in this terribly medieval fashion," the Northern Irish actor said.

His remarks triggered widespread condemnation. Charles Blow, an African-American columnist for the New York Times, asked on Twitter: "Could Will Smith confess to stalking the streets of Los Angeles for a whole week searching for random white men to kill and get a pass? Exactly."