Korean-American actor Ken Jeong will join the cast of Crazy Rich Asians, according to the Hollywood Reporter.

It's not known what role he will play in the movie, an adaptation of Singapore-born author Kevin Kwan's best-seller.

The series was loosely based on his experiences as a general practitioner, a job he gave up to pursue acting and comedy.

He's best known to international audiences as a foul-mouthed gangster, Mr Chow, in the Hangover (2009-2013) movies. 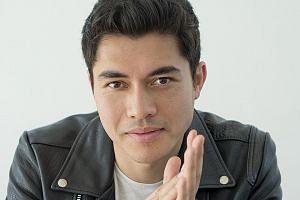 Crazy Rich Asians starts filming, with a cast including Singaporean actors such as Pierre Png

Why are there no Singaporeans in lead roles in Crazy Rich Asians?

Golding, 30, grew up in Britain and relocated from London to Asia in 2008. His father is from England and his mother is from the Iban tribe in Sarawak.

Filming, which started on April 25, is in Singapore and Malaysia.