The last Singapore HMV outlet in Marina Square, is closing on Wednesday (Sept 30) as planned by its management.

HMV Singapore's general manager Michele Tan had earlier confirmed the closure with The Straits Times, but added she was not authorised to divulge plans for a new store location locally and its opening date. Hong Kong-based private equity firm AID Partners, which bought HMV Singapore in 2013, will open a new concept lifestyle store later this year in Causeway Bay in Hong Kong. 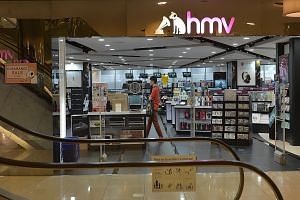 In 2011, it shut its CityLink outlet and in 2013, its Somerset store closed too. These closures left the music juggernaut with its last outlet at Marina Square.

HMV though, will be best remembered for its Heeren store site, which was a defining landmark in Orchard Road during the late 1990s.

Like the huge music stores of old, "hanging out" at HMV became a rite of passage for hordes of impressionable youth. It was a place to see and be seen, and for those who could afford the luxury of time, listening to discs to sample them one by one was a habit among young and old alike. 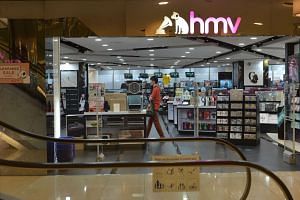 HMV's Marina Square outlet closure - could it return as a speciality store?

This experience was first created back in the London HMV store in 1958, when listening booths were installed so customers could "try before they buy".

A changing digital marketplace has seen many physical retailers struggle here in Singapore in the past decade, and HMV has been no exception.

Its fate is shared with other music retailers including Tower Records and home-grown retail chain Sembawang Music Centre, which folded in 2006 and 2009, respectively, amid declining CD sales.

HMV itself - bought out in April 2013 and since revitalised by investment firm Hilco Capital - now boasts more than 125 shops in Britain as of July this year.

HMV already has stores in Canada, which Hilco controlled before it bought the British business, and Ireland, where it has agreed a deal to open concessions in 100 Tesco stores.

Hilco has now agreed to take HMV to the Middle East with Qatar’s Al Mana Lifestyle Trading through a licensing agreement. It will open HMV stores in Qatar, Bahrain, Kuwait, Oman and the United Arab Emirates, and will seek partners to take the brand to Egypt, Algeria, Tunisia, and Morocco.

HMV stands for His Master's Voice, the title of a painting by Francis Barraud of the dog Nipper listening to a cylinder phonograph, which was bought by the Gramophone Company in 1899. For advertising purposes, this was changed to a wind-up gramophone, and eventually used simply as a silhouette.

The company developed the legendary "His Master's Voice" trademark and opened a landmark store on Oxford Street, London, in 1921.

Here is a timeline of HMV:

Tragedy struck at the HMV store and offices in Oxford Street on December 26, 1937, when the shop's caretaker William Travis died in a fire which destroyed the building.

HMV Oxford Street introduced its first self-service showroom in the store's lower ground floor. The opening of the 5,000 sq ft "Browserie" came after a study that found "there is a section of the buying public, especially amongst teenagers, office and factory workers who welcome the saving of time that this service offers".

Brian Epstein visits the store's recording studio and cuts a demo for The Beatles. It led to the band meeting Parlophone's George Martin and they recorded their first single at Abbey Road studios four months later.

HMV begins to expand and has around 25 stores across the UK.

The group expands overseas, opening stores in Ireland and Canada. It opens a new Oxford Circus shop, which is the world's largest record store.

HMV opens stores in Australia, the US, Japan, Hong Kong, Singapore and Germany.

The chain acquires a number of stores of UK entertainment retail chains Fopp and former Zavvi.

In an attempt to reduce its debt pile, the company begins to close 40 HMV stores and 20 Waterstones shops.

Waterstones is sold to Russian billionaire Alexander Mamut for £53m.

HMV does a deal with Universal and other music suppliers to help bolster its finances. The company's banks agree to give it more time to repay its debt.

The company winds down its live music business, selling the Hammersmith Apollo for £32m.

Chief executive Simon Fox says he will leave the business, with former Jessops boss Trevor Moore to take over.

HMV admits it could breach crucial banking agreements at the start of 2013 as a result of huge debts and falling sales.

The company calls in administrators Deloitte to oversee efforts to rescue it, leaving 4,000 jobs at risk.

HMV was bought out for an estimated £50 million (S$107m) by Hilco Capital.