Keeping it company in the number two spot was buddy drama The Upside, with earnings of US$8.9 million over the three-day weekend, according to industry tracker Exhibitor Relations. The movie stars Bryan Cranston as a wealthy quadriplegic who hires ex-convict Kevin Hart as his caretaker.

Miss Bala, in which Gina Rodriguez features as a Los Angeles Latina who finds herself mixed up in the dark world of drug trafficking on the Mexican border, made its entry at third place to earn US$6.7 million. Catherine Hardwicke directs this remake of the 2011 Mexican original.

Rodriguez, Golden Globe-winning star of the TV comedy Jane The Virgin, is among 95 per cent of the film's cast and crew who are Latino - which is still something of a Hollywood rarity but a figure Rodriguez hopes will become more normal.

Sinking a notch to fourth place was superhero flick Aquaman, starring Jason Momoa as the underwater king. It earned US$4.8 million, adding to a global take of more than US$1 billion which has made it the largest DC Comics adaptation of all time, according to Exhibitor Relations.

After eight weeks, Spider-Man: Into The Spider-Verse remained in fifth spot, with takings of US$4.4 million. The film is the favourite to win an Oscar for best animated feature later this month. 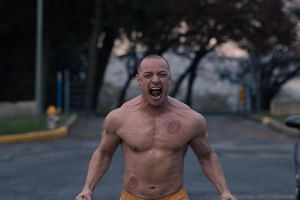