The Tianjin-born artist died on Jan 1 in the United States, said NetEase.

He died from natural causes, according to a statement released by OMQ ZMedia, the company that promotes and markets the Old Master Q comics and quoted by the website of Taiwan News.

Apple Daily reported that Wong was 93 years old while NetEase put his age at 92.

Wong, who moved to Hong Kong in 1956, has said: "My life is like comic strips, and I do my best to make Old Master Q, that is myself, to play the fool and entertain readers." 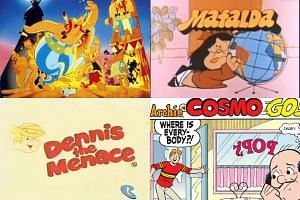 Growing up joy: Lao Fu Zi and other old-school comics 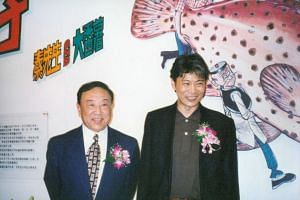 In 1962, Wong used his oldest son's name as a nom de plume to create the Old Master Q (Lao Fu Zi in Chinese) series, which appeared in newspapers and magazines.

The other regulars in the strip include Big Potato, Mr Chin and Miss Chan.