NEW YORK - Former Two and a Half Men star Charlie Sheen is to make a "revealing personal announcement" on the Today show on Tuesday (Nov 17), according to US broadcaster NBC, following reports in online and tabloid media that the Hollywood actor has been diagnosed as HIV positive.

Sheen, who has made no secret of his wild life and boasted of having sex with more than 5,000 women, could not be reached for comment by Reuters news agency, which was not able to verify reports on the state of his health.

NBC said in a statement on Monday that Sheen, 50, would make an announcement in a live interview on its morning Today show.

It did not give details of the interview, but celebrity website TMZ.com, citing sources close to the Today show, said the actor would use the interview to announce that he is HIV positive. 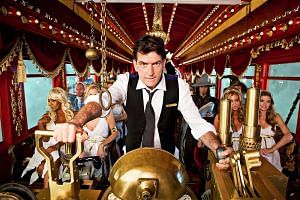 Charlie Sheen is claiming that his HIV is 'undetectable' after drug therapy: Sources 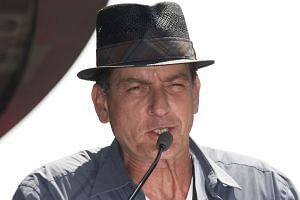 Charlie Sheen rumoured to be HIV positive: Reactions from his former wives and girlfriends 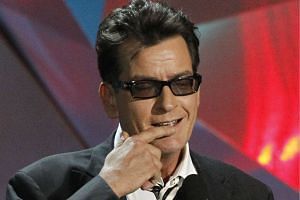 Charlie Sheen and his life of bad behaviour

The National Enquirer tabloid reported on Monday, following an 18-month long investigation, that Sheen was diagnosed HIV positive some years ago.

He quickly became one of the top 10 surges on worldwide trends on Twitter on Monday, and Google searches for his name associated with HIV exploded, according to Google.

Sheen played the womanising bachelor Charlie Harper on top-rated comedy Two and A Half Men for eight years before being fired in 2011 for bad behaviour.

His second wife, Denise Richards, 44, reportedly has known about his diagnosis for a "number of years", according to the Hollywood Life website. However, she said both her and her two daughters with Sheen - Sam, 11, and Lola, 10 - have tested negative for HIV so far.

She told the website that he contracted HIV after they divorced after four years of marriage in November 2006, and they have "not been intimate" since.

Earlier this year, Sheen - noted for his erratic rants - called Richards a "washed up piglet Shame pile" in a tweet, Britain's Daily Mail reported. It said he claimed to have paid her more than US$30 million (S$42.6 million) in a divorce settlement.

A leading Hollywood publicist and crisis manager, Mr Howard Bragman, told People magazine that Sheen "is getting treatment (for HIV), and a lot of people in his life know about it".

"It's been going on for quite awhile. He's not necessarily comfortable talking about it," Mr Bragman said. "It was very hard to get up the courage for him to talk about it."

The publicist noted that while the interview - which will air sometime after 8pm Singapore time on the US morning news and talk show - could spark sympathy for the troubled actor, "he has to be concerned about a fear of litigation from former sexual partners. You don't take that lightly".

Sheen, the son of West Wing and Apocalypse Now actor Martin Sheen, starred in the TV comedy Anger Management, which was closely based on his life, from 2012-2014.