In 1935, Cathay Organisation was founded as a cinema.

In the 1950s and 1960s, it was successful enough to build its own studios. Cathay-Keris Films made many Malay films, several of which have become classics.

But by the 1990s, Cathay's studios were long gone, though with its Cathay Asia Films label, it would co-produce films such as the comedy Army Daze (1996) and the Jack Neo sex comedy, That One No Enough (1999). But even that stopped eventually and it fell back on its core business, the exhibition and distribution of films.

In the news today, mm2 Asia, by making a bid for Cathay Cineplexes, is helping Cathay come full circle.

The multinational hopes to own Cathay Cineplexes' eight cinemas across Singapore, comprising 64 screens, or 11,569 seats.

If the bid is successful, Cathay will once again be part of a single corporate family that covers the movie process from end to end: From production, to distribution, to exhibition.

From the mm2's corporate viewpoint, the acquisition makes sense, because it removes friction from the process.

mm2 Asia's content creation arm mm2 Entertainment is a major film-making production house. Its works run the gamut from the English-language Dick Lee musical Wonder Boys (2017) to the upcoming Ah Boys To Men 4, the next chapter in the successful comedy series about men in the military. 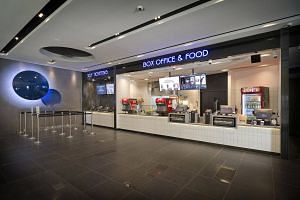 If the Cathay Cineplex buy goes through, the corporation now has a straight runway from studio to cinema.

Traditionally, producers have to go cap in hand to exhibitors to get screens for their films. Not only that, exhibitors take a cut of every dollar spent on tickets; this is why the break-even point for film-makers is traditionally three times the cost of production.

By owning the screens, those screen and revenue-sharing negotiations become an in-house matter at mm2.

But what does that mean for other exhibitors? One possibility is that mm2, which in the past tended to work with Golden Village, will discontinue that special relationship. It might mean that future instalments of Ah Boys To Men - and it is likely that there will be - will be kept exclusively for Cathay.

But that would be unlikely, because Golden Village, with its 13 cinemas, is Singapore's largest operator. With its deep reach in both the downtown core and housing estates, it would be unwise to freeze them out, even if it means earning less per ticket.

On the plus side for cinemagoers, it might also mean that Cathay Cineplexes now has a bigger war chest and can expand, so that underserved parts of Singapore, such as the western region between Jurong and the CBD, will see cinemas being constructed.

Only time will tell if one corporation owning the entire chain is good or bad for Singapore filmgoers. For now, Golden Village's size provides a good counterbalance to the mm2-Cathay alliance, if the deal goes through.