SEOUL - The South Korean army has shot down talk that BigBang singer G-Dragon was denied a promotion because of excessive leave-taking.

The 30-year-old, who is serving a mandatory military service, was reportedly overlooked while others, who enlisted at the same time as him, moved up the ranks in January.

Korean news agency Dispatch attributed this to absence from his unit for 100 days.

But an army spokesman has been cited by lifestyle portal Allkpop as saying: "A soldier using too many vacation days will never be the reason that he fails to rise in rank.

"A soldier may not advance to the next rank in the case that he fails to meet the examination requirements.

Last year, netizens queried why G-Dragon was warded in a private room, a perk for more senior staff. But the authorities rubbished talk of preferential treatment, saying the room could be used by any soldier. 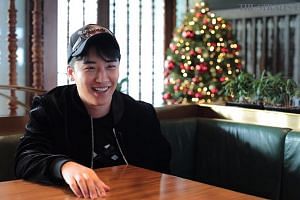 Meanwhile, another BigBang singer, Taeyang, 30, who is also serving military service, has been beseeched by fans not to leave the band over scandals linked to G-Dragon and Seungri.

Seungri, 28, was questioned by police in mid-week over drug use and procurement of prostitutes for important customers in his Burning Sun club.

The spate of negative publicity has led to investors to dump the shares of YG Entertainment, which manages BigBang.