It was the "best hongbao ever!" she told The Straits Times in a text message.

Pop Aye, which premiered at Sundance to glowing reviews, follows a disenchanted Thai architect and his pet elephant on their journey across Thailand in search of the farm where they grew up together.

The film, a Thai drama, is the first feature by a Singaporean film-maker to receive a nod from the World Cinema Grand Jury.

"I was literally in the shower when I got a call from Trevor Groth, director of programming at Sundance. I... rang him back as soon as I got out of the bathroom," said New York-based Tan.

"When I heard the news it was pure emotion. A screenwriting jury award from Sundance is huge! I did a tiny victory dance in my own bedroom. No words, just pure elation and pure feeling."

The 35-year-old,who took three years to write, research, cast and shoot the movie, said she has no time to celebrate as she is flying to the Rotterdam International Film Festival on Monday. 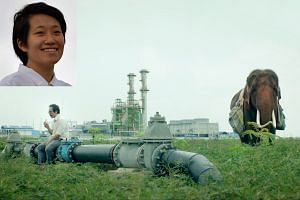 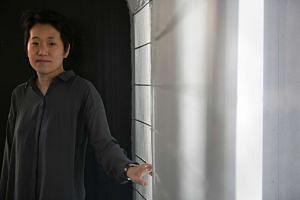 Smitten by the 'Brad Pitt of elephants'

"But to know that the story of the film moved the heart of the jury members at Sundance is celebration in itself for me," she said.

The film has already been picked up for distribution in North America.

Sundance has been the launchpad for many independent films and film-makers, and past award winners include Little Miss Sunshine (2006) and Boyhood (2014).

Tan graduated with a master's in film production at Tisch School of the Arts, New York University, in September 2014.

She had earlier graduated from Ngee Ann Polytechnic with an advanced diploma in film production in 2005.