NEW YORK (BLOOMBERG) - The path to our streaming-video future has a few bumps.

Netflix customers were cut off from service temporarily on Thursday (Nov 21), another high-profile disruption this month following the glitches that marred Walt Disney's launch of its highly anticipated Disney+ service.

The Netflix disruptions started around 8.30am New York time.

Within an hour, more than 1,000 complaints had been logged by Downdetector.com, a network-monitoring site.

Subscribers who tried to log in to their Netflix service received notifications of service issues.

By 10.30pm, the service appeared to be restored on most devices.

"Some of our members were unable to use Netflix for approximately two hours today," a Netflix representative said.

"This issue has now been fixed. We're sorry for the inconvenience this caused."

The outage didn't faze investors. After briefly declining, the shares were back near their intraday high by midday Thursday. The stock has climbed about 6 per cent since the Disney+ launch and is up more than 15 per cent for the year.

The disruption at Netflix was minor compared with the early moments of the Disney+ launch. 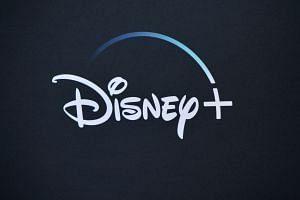 Thousands of Disney Plus accounts hacked, sold online for as little as US$3

The glitches a week ago at Disney+ ramped up from about a hundred reported outages to more than 7,000 within the span of an hour on Downdetector.com. They dipped to about a 10th of that by midday.

Some problems are lingering, with nearly 300 reports of Disney+ outages late on Thursday morning.

Netflix and Disney are hardly the first media companies to struggle with the technical side of streaming. In 2014, HBO's streaming service crashed during the season premiere of Game Of Thrones.

Even technology giants like Amazon and YouTube have had problems, though their glitches happened while broadcasting live sports online, which is seen as more difficult than streaming on-demand TV shows and movies.

On the upside for Disney, the disruption was caused in large part by a surge of sign-ups. The company says it nabbed 10 million subscribers within days of launch.