SINGAPORE - The critically lauded compendium 7 Letters has been selected by the Singapore Film Commission as the official entry to the Oscars' Best Foreign Language Film category.

Royston Tan, 38, said: "Amid the revelry across the country celebrating a very significant year in its nationhood journey, the seven of us decided on an introspective examination of our notion of home, family and the Singapore identity. All of us have a special connection to Singapore and each of the seven 'letters' are intricately interwoven with our memories, experiences and personal stories. While we each have our own distinct cinematic style, the film came together to give a coherent and honest multi-faceted expression of what our country means to us."

He is also the executive producer of the omnibus. 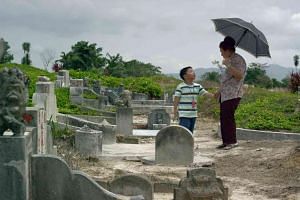 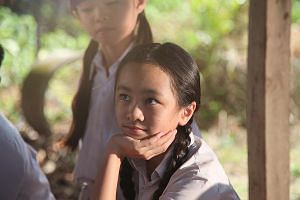 Singapore Film Commission director Joachim Ng said: "7 Letters reflects the heartfelt stories of Singaporeans and celebrates the journey of our nation. We are confident that the universal themes in the film will also resonate with audiences beyond Singapore and do well on an international stage."

The selection committee comprised six established members of the local film industry who are part of the Singapore Film Commission Advisory Committee. The film was assessed based on criteria including execution and production quality, strength of the narrative, originality and entertainment value of the film, as well as the performance of the director and cast.

The Oscar nominations for next year will be announced on Jan 14 and the awards will take place on Feb 28.

Singapore's previous selections for the Best Foreign Language Film category include Sanif Olek's Sayang Disayang (Lover Is Loved) in 2014 and Anthony Chen's award-winning Ilo Ilo in 2013. None has been nominated by the Academy of Motion Picture Arts and Science.