SINGAPORE - About 20 early birds waited in line 40 minutes before The National Gallery Singapore, home to the world's largest collection of South-east Asia art, opened to the public at 10 am on Tuesday morning.

First in line was Australian gallerist Bess O'Malley, 48, who flew in from her home city of Sydney for the occasion and is visiting Singapore for the first time.

Bess O'Malley from Australia, first in line for the opening of the National Gallery

She said: "I've been tracking the development of the gallery for a long time, and am excited to see contemporary art here and see what's important to Singaporeans. I'm here early as everyone gets to the museums and galleries early in Sydney." 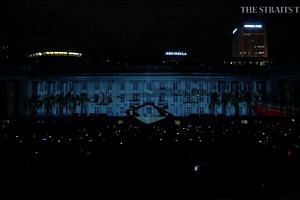 National Gallery Singapore opens on Nov 24: ST guide on what to see, do and eat 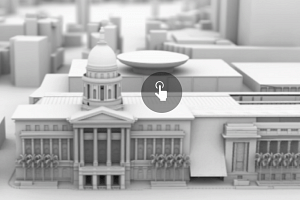 An interactive 360-degree journey through the new National Gallery Singapore

Right behind her was Japanese art collector Ms Hiroko Seki Arahari, who is in her 50s.

"I'm really looking forward to seeing the paintings of Georgette Chen, as she was such an important artist of the Nanyang school," she said.

Families also took advantage of the school holidays to check out the Gallery.

He said: "We thought it'd be nice for the kids to come down and experience the art. I've been to other museums, and I think that the Gallery has that experiential, hands-on element which makes art come alive for them."

Queue at the opening of the National Gallery

The $532-million museum is created from two historical landmarks, the former Supreme Court and City Hall, and has been 10 years in the making.

The museum's DBS Singapore Gallery and UOB Southeast Asia Gallery display about 800 artworks from the 19th century to the modern day. The works include paintings by pioneer Singapore artists Cheong Soo Pieng and Chen Wen Hsi, and forerunners of modern art in the region such as Indonesia's Raden Saleh and Hernando R. Ocampo from the Philippines.

Speaking to the media later, she said that she hoped the Gallery would be "a place where everyone, be it children or elderly or young couples, can find something they like, to talk about."

"I hope the Gallery can be lodged in our national consciousness like our hawker centres. It will be a place where people gather to talk, exchange views and admire art," she said.