SINGAPORE - A new co-working space for freelance artists will spring up in 42 Waterloo Street later this year as the National Arts Council (NAC) ramps up efforts to help freelancers have sustainable careers.

The space is part of the Arts Resource Hub (ARH) initiative that has been rolled out in phases since September which includes online resources, talks and two other co-working spaces in the Goodman and Stamford Arts Centres.

This is part of the council's efforts to bolster support for freelancers, one of the key priorities in the Our SG Arts Plan (2018-2022).

The building in 42 Waterloo Street is home to the Centre 42 theatre development space, which will share the area after renovations, said an NAC spokesman during a dialogue with more than 30 arts freelancers on Wednesday (Jan 22).

Nearly half of the people working in the arts in Singapore are freelancers.

In 2017 and 2018, engagement sessions between the arts council and more than 370 people from the arts community found that many freelancers did not have work insurance coverage, lacked legal knowledge, and felt burnt-out from the long and irregular hours.

Some had expressed a desire for a space to share ideas and network, as well as a platform aggregating information on job opportunities.

Wednesday's dialogue saw arts freelancers air some of their concerns, from the difficulty of getting insurance to a desire for dental benefits for part-timers.

Others in the 90-minute dialogue asked if the arts council would collaborate with other groups to draw a more diverse crowd to the spaces.

Responding, an NAC spokesman said it hopes to work with more parties, such as other ministries, for events like networking sessions.

Co-working areas in the centres - which are 750 sq ft and 650 sq ft respectively - have been open to freelancers for free as part of a trial.

A tiered membership subscription with services, resources and programmes for arts freelancers will be launched after March. 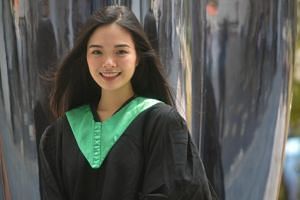 Another key feature of the ARH is a website, artsresourcehub.sg, which comes with a job portal as well as information on financial planning, career development, legal knowledge and other topics.

About 2,100 people have "subscribed" to the ARH via the website. The job portal lists around 60 employers, and 70 jobs and opportunities.

Talks and workshops have also been held since late last year.

When she is there, she sends e-mails, prints out scripts and helps herself to coffee from the pantry. The space has a meeting room too, but she has not used it.

"You can work out of a cafe, but it can be tiring to tussle for power points or have a back-up plan B or C if the cafe Wi-Fi is down.

"Also, there is the perk of seeing familiar faces in the arts community and working together."

Actor-director-playwright Grace Kalaiselvi, 42, is sceptical. "What I need, more importantly, is a space for rehearsals."

But she said the website's finance-related resources might be helpful, adding that it would also be useful to lay out what salaries should be like for freelancers.