SINGAPORE - The 16th edition of Huayi - Chinese Festival of the Arts next February will feature the festival's first-ever local work commissioned for the 2,000-seater Esplanade Theatre.

The multidisciplinary performance, I Came At Last To The Seas, looks at migration and the Chinese diaspora.

Directed by the Theatre Practice's Kuo Jian Hong, it will star Sing! China finalist Joanna Dong and local actor Sugie Phua, as well as overseas talents such as Rosa Maria Velasco from Hong Kong and Ethan Wei from Taiwan.

Tickets for the festival, which will run from Feb 23 to March 4, go on sale next Thursday (Nov 16). It is organised by Esplanade - Theatres on the Bay in celebration of Chinese New Year.

The festival will also bring together unusual bedfellows.

Einstein In The Carpark is Huayi's first commissioned site-specific performance which combines ancient Chinese kunqu with Western opera in the Esplanade's basement carpark. 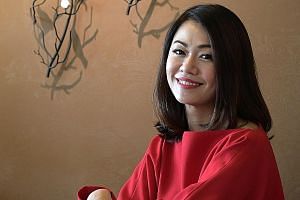 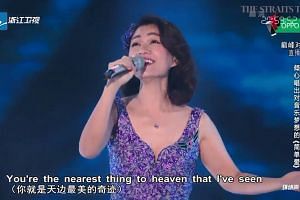 Every time a door opened, I just kept walking through: Joanna Dong on her Sing! China journey

Parents who would like a break from their progeny can leave them at The Story Of Redhill, a children-only interactive theatre experience for those aged six to 11, who will explore local folklore through storytelling and handicraft activities.

BOOK IT/ HUAYI - CHINESE FESTIVAL OF THE ARTS

WHERE: The Esplanade, 1 Esplanade Drive

ADMISSION: Various prices from Sistic (call 6348-5555 or go to www.sistic.com.sg). Esplanade&Me Black and White cardholders enjoy up to 20 and 15 per cent savings respectively during the early bird period from Nov 16 to 30.