SPH Brightcove Video
Tourism has only recently arrived in Jeollanam-do, South Korea's greenest and least developed province. For those considering exploring the south-western end of the Korean peninsula, here are some of the experiences on offer. 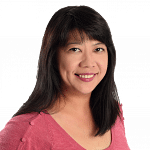 SOUTH KOREA - Standing at the edge of the fortress wall, I have a splendid view of an ancient folk village aglow at the golden hour.

I have travelled back in time in Naganeupseong Folk Village, reputed to be the best preserved fortress town in South Korea. Its 200 inhabitants live in thatched-roof houses and still retain the ways of the past.

The town, poised on the south-western end of the Korean peninsula in the Jeollanam-do region, is still a secret for most travellers.

Tourism has only recently arrived in Jeollanam-do, the country's greenest and least developed province.

Blanketed in rolling hills and towering mountains and bordered by 6,100km of coastline with thousands of islands, the area is famous for its vistas, seafood and festivals.

The people here take immense pride in their food. Compared with the Korean barbecue that many Singaporeans are familiar with, Jeollanam-do's cuisine - rich in gifts from the sea - is more delicate and complex and fresher.

Even at humble restaurants, I am amazed at the number of exceptionally tasty banchan (side dishes) that are brought to my table. The simplest of dishes are made with extra care.

The province's warm southern climate makes it a prominent agricultural region. The long coastal area means the seafood is fresh out of the ocean, most likely still swimming in the waters the morning before landing on my dinner table.

During my seven-day trip, I see an octopus "dancing" in hot soup at Purple Island and a wriggling abalone on a hot stone plate in the city of Yeosu. Any fresher and I will have to dive into the ocean to catch it myself.

Before landing in Jeollanam-do, I have the impression that this is an ajumma's (Korean for an older lady) destination, what with all the feasting and cultural attractions.

That changes when I arrive on Purple Island. Sitting on the south-western coast of South Korea, it is one of the most photogenic islands I have seen.

The local farming community has transformed its home into a perfect Instagram spot. Once part of a group of neglected islets, which had been struggling due to its rapidly ageing population and lagging economy, Purple Island is inhabited by some 200 people.

As part of a move to turn things around, the Sinan county initiated a "purple project" in 2015, transforming the two adjacent islets - Banwol and Bakji - into a major tourist draw.

Everything on Purple Island - the bridge, roads, houses and fields - is washed in purple hues. The colour pays homage to the campanula flowers, also called purple bellflowers, that are native to the area.

The project entailed planting over 21,500 sq m of lavender fields and growing 30,000 New England asters as well as vegetables such as kohlrabi and beets. The roofs of more than 400 buildings are also painted a lovely shade of lilac.

The colour therapy works on me. The calming and sedative effects of the fresh lavender flowers make my mind wander.

I fill my lungs with the magic potion of Jeollanam-do.

What to see and do

K-drama fans can take a trip down memory lane here.

This is the largest film set in South Korea, with more than 200 houses. It consists of three villages, each reflecting a different era from the 1950s to 1970s.

Walk all the way uphill, check out the houses and get a taste of how Koreans lived in those times.

Soaking in the view of the 1970s Bongcheon-dong village on top of the hill is one of the highlights for me.

Naganeupseong Walled Town is a fortress village established during the Joseon dynasty (1392 to 1910).

It has well-preserved fortress walls, traditional government buildings and thatched-roof houses kept in their original state.

The town is highly valued as a historical and cultural resource for studying traditional folk customs.

Visitors can sign up for the many hands-on programmes such as traditional Korean music and wood-craft making.

The best vantage point for capturing the whole village in pictures is from the top of the fortress wall. You can either climb the steep stairs or take a longer detour by cutting across the town.

The fields in Suncheonman Bay are thickly covered with reeds taller than a grown man. It is the biggest colony of reeds in South Korea.

Standing among the reeds and watching the golden fields sway in the wind is like watching waves on the sea.

The fields are home to many plants that thrive in damp conditions, like the common reed and starwort.

Avid bird watchers should take along their binoculars. Among the world's wetlands, Suncheonman Bay is known for attracting the largest number of rare birds.

It is a natural habitat for more than 140 bird species, including migratory and endangered ones such as the hooded crane, white-naped crane, Oriental White Stork, black-faced spoonbill and Eurasian Oystercatcher.

After hiking 40 minutes up a long and dense forested hill, I arrive at the Daeheungsa Temple.

The echo of a monk's chanting is so soothing, I forget about my aching feet.

The temple, which sits on the slopes of Duryun Mountain in Haenam county, plays an important role in the country's Buddhist culture. It was built during the Three Kingdoms period (57BC to AD668) by Adohwasang, a Silla (one of the three kingdoms) monk.

Take your time to enjoy the tranquillity at this sacred temple and the surrounding mountains.

I am given an hour there and wish I had several more.

On my left is a bird's-eye view of the old downtown area of the city of Mokpo. On my right, the sun sets against the backdrop of Mokpo bridge.

This is my stunning vista from a cabin of the Mokpo Marine Cable Car. Crossing 3.23km at a height of 155m, it is the longest and highest cable car ride in South Korea, and was established to be the main attraction representing Mokpo's cultural tourism.

Purple Island is made up of two islands, Banwol and Bakji, which are connected by a 1.4km bridge.

It looks as if a giant tub of purple paint has been poured over the island. The bridge, roads and buildings are painted purple. The flowers are in the same colour. Even the rice is dyed purple.

Food is served on purple plates and the locals dress in purple.

The purple project was launched in 2015 as part of South Jeolla province's initiative to create attractive island destinations and was inspired by the purple bellflowers (also known as campanula) that are native to the area.

If you are travelling from Seoul, take the KTX (Korea Train eXpress) to Mokpo Station. The journey is around 2½ hours.

Then take a bus to the Anjwa-myeon intersection (or Anjwa village), where another bus takes you to the Purple Island bridge.

I go straight to the outdoor part of the Media Art Sculpture Park, home to the most Instagrammable spot at Yeosu Art Land - the Midas' Hand sculpture.

According to Greek mythology, everything King Midas touched turned to gold.

Feeling adventurous, I sit on the Extreme Swing Swing, which rocks back and forth, with my legs dangling 100m above the ground while taking in the mesmerising sea views of Yeosu.

Some other agencies will launch packages during the Natas travel fair, which runs from Aug 12 to 14.

There are no direct flights from Singapore to Jeollanam-do. You can fly to Seoul and take another flight from Gimpo Airport to Gwangju Airport in Jeollanam-do.

Alternatively, take the KTX (Korea Train eXpress), a high-speed train, from Seoul Station to Gwangju Station in Jeollanam-do. The ride is about two hours. Go to this website.

There are also intercity buses. Find out more at this website.

For cities such as Gwangju, Mokpo and Yeosu, locals would take the KTX to arrive quickly. If you want to take it slow, catch intercity or express buses.

More On This Topic
See Jeju from the sea: Dive with a 'Korean mermaid', go fishing and ride the waves
Planning to travel soon? Here are some places to consider for your next holiday