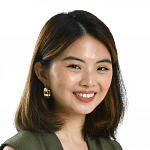 SINGAPORE - Painting an $8,000 bag might seem criminal, but perhaps not when it is done in the name of art.

The six limited-edition designs form the third chapter of the French maison's yearly Artycapucines Collection, first unveiled in 2019 in a show of the house's commitment to savoir faire.

This year, the bags - by artists including Zeng Fanzhi and Paola Pivi - sold out in 29 seconds. Each was priced at $12,400 and there were 200 pieces a design.

Before the launch this month, customers placed their orders with in-store client advisers. Once orders opened, the bags were allocated based on clients' indication of interest.

The Capucines bag, which averages $8,000 in Singapore, was launched in 2013 and is named after Rue Neuve-des-Capucines, the Parisian street where Louis Vuitton opened his first store in 1854.

Here is a look at the six new Artycapucines creations.

The Chinese artist's interpretation on the Capucines is a standout, thanks to the vibrant and intricate embroidery of a self-portrait of Dutch artist Vincent van Gogh that Zeng reimagined in 2017.

With the help of three artisans, Zeng used 42 coloured threads to make more than 700,000 stitches - the resulting textures echoing his own rich brushstroke technique and layering of paint. The Wuhan-born artist is known for his work synthesising Chinese and Western traditions.

Chicago-born Donna Huanca translated her fascination with the body and skin as artistic media - her installations often feature painted performers, sculpture, sound and scent - onto the handbag.

For the illustrations, she referenced two of her paintings, Cara De Fuego and Muyal Jol. The artworks were 3D-printed on white leather, embroidered, then hand-painted in blue and white to echo the original brushstrokes.

She chose metal hoops that resemble oversized body-piercing rings to hold the bag's handle, in a nod to engaging with the female body.

Drawing from his landscape painting, The Colossus Hidden Deep In The Hills, Chinese artist Huang Yuxing used tufting-stitch embroidery to create the textured rainbow mountains on the Capucines handbag.

With point bouclette embroidery in metallic thread woven into the tufting, he created accidental paint drips - a characteristic element of his images - before finishing with an LV signature delicately inlaid with colourful enamel, and hand-painted hot-pink lining on the handle.

Coffee and couture are often a winning combination. Inspired by her work One Cup Of Cappuccino Then I Go, Italian artist Paola Pivi's interpretation of the handbag portrays an embroidered leopard lazing among cups of cappuccino.

The leopard was overprinted to create a fur-like effect, while the cups and saucers in patent leather were inlaid by hand and accented with gold-leaf decor for the frothy coffees. The bag also has two pockets on the front - a first for the Capucines.

The Berlin-based German artist is known for using vinyl records as well as audio and video tape in his collages, paintings, sculptures and installations.

His take on the handbag is an ode to vinyl and his trademark "rip-off" technique, in which he uses the magnetic dust from old recording tape to create striking black-and-white images. The LV signature was crafted from an actual vinyl disc.

On the bag are images screen-printed from an original work created just for the Capucines - with a "positive" version on the front and "negative" on the back. Gunmetal hardware and a black patent strap, contrasted with pink lining, complete the edgy look.

Each bag is adorned with 154 embossed or inlaid icons that range from a teapot to the LV Monogram flower - some made with heritage leather reused from the luxury house's workshops, in line with Muniz's environmentally responsible practice.

More On This Topic
Celebrating 200 years of Louis Vuitton