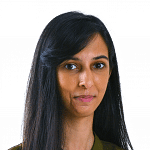 SINGAPORE - The demand for fever, cough and cold medications has soared at pharmacies as Singapore continues to see a high number of Covid-19 cases daily, with 13,520 cases reported on Monday (March 7).

Three pharmacy chains here told The Straits Times they have seen a jump in the sales of medication used to treat cough and cold.

At seven out of 10 pharmacies in the central and eastern areas that ST checked on Monday, the shelves that stocked cough and cold medicine were largely empty.

At Watsons, there has been an overall increase in the sales of over-the-counter medication last month over January, with a 100 per cent rise in sales of items such as cough medicine, throat spray and vitamin C, says a spokesman for the health and beauty retail chain.

"We are working tirelessly with suppliers for stock replenishment, and new shipments are expected this month if there are no disruptions," says the spokesman.

A check of the Watsons online store on Tuesday morning showed that some brands of cough relief patches, cough syrups and vitamin C tablets were sold out on the website.

Ms Anjali Rani, a tuition teacher, had to visit three pharmacies before she found lozenges, cough syrup and fever patches.

"Several rows of shelves stocking general medications were sparse, so it was quite a hunt to get some medicine," says the 40-year-old, whose husband is recovering from Covid-19 at home.

At Guardian pharmacy, sales of lozenges, vitamin C and medications to treat cough and cold symptoms went up by more than 50 per cent last month over January.

While such products were out of stock at three Guardian stores that ST visited, a check on its online store on Tuesday showed that lozenges as well as medications for cold, cough and sore throat were still available.

Unity, which is managed by supermarket chain FairPrice, also saw an increase in demand for medications, especially those for cough and fever, since the beginning of the year, says a spokesman.

Over on e-commerce platforms Lazada and Shopee, cough, cold and fever medications were still available as of Tuesday morning.

Retail assistant Melissa Ang, 32, who bought medicine from Lazada, says it was "worrying" that she could not find cough and cold medications at two pharmacies.

"Common medication seems to be temporarily out of stock everywhere. I wanted to make sure that I had some essential medicine at home in case one of my family members or I caught Covid-19."

Associate Professor Hsu Li Yang, an infectious diseases expert at Saw Swee Hock School of Public Health at National University of Singapore, says it is good that Covid-19 patients are self-medicating, like what people would do for a regular cough and cold.

The type of medication they can take, he says, depends on the symptoms. For example, lozenges can be taken for sore throat, cough mixture for cough, and panadol or nonsteroidal anti-inflammatory drugs (NSAID) such as ibuprofen for fever and body ache.

While some studies suggest that NSAIDs can suppress the inflammatory response and production of antibodies in Covid-19 patients, Prof Hsu says there is no need to avoid them.

"They work very well, although there are more potential side effects such as allergic reactions and stomachache compared with taking a Panadol," he says.

In general, taking cough and cold medication can help make the illness more bearable for most people until the body's immune system clears the infection, he adds.

"However, it is best at present that patients don't take such medications in order to mask their symptoms and go out, because that will risk spreading the virus further," warns Prof Hsu.

Dr Tan Teck Jack, chief executive of the Northeast Medical Group clinic chain, says while cough and cold medications can be effective in relieving the symptoms of Covid-19, he advises people to approach a pharmacist for advice instead of buying medication off the shelf.

He adds that people should visit a doctor if they are sick to be assessed thoroughly.

More On This Topic
Covid-19 patients with mild symptoms can get results certified for free at test centres, instead of GPs
Covid-19 reinfection in Omicron patients unlikely for now: Experts
Related Stories