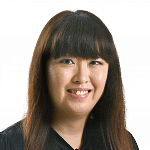 SINGAPORE - Get a taste of Taiwan at home with Three Cup Chicken, a dish on CNN Travel's list of 40 of the best Taiwanese foods and drinks.

The dish is said to be from Jiangxi province in China and which was brought to Taiwan by Hakka settlers.

Taiwanese history blog kamatiam.org, run by a group of historians, has a lengthy post written in Chinese that disputes the theory of the dish's Jiangxi origins, though.

What is generally agreed upon is that the dish's name comes from its supposed use of one cup each of sesame oil, wine and soya sauce.

In practice, using such quantities will not result in a palatable dish. The amount of ingredients and cooking style depend on the cook.

I avoid adding water to the dish so the final sauce is concentrated and flavoursome, which goes very well with plain rice.

What makes the dish distinctive is the use of basil. It is called jiu ceng ta in Mandarin, which translates literally to nine-storey pagoda.

Use Thai basil, the type that has a sweet aroma and purple stems. This is a useful plant to cultivate at home, so save the stem cuttings to pot and grow.

I add half of the leaves during the cooking process and throw in the rest once the dish is done. Although I list the amount here as 17g - the weight of the leaves after removing them from 40g worth of stalks - it is up to you how much you want to use.

I also add pandan leaves, which work well for this dish, and Chinese rose wine, which helps to mask the odour of frozen meat.

Light soya sauce can differ in colour and saltiness, depending on the brand. For a start, add three-quarters of the amount listed in this recipe and taste the sauce after 10 minutes of cooking. Add more soya sauce if you find it not salty enough.

The sauce reduces during the cooking process and becomes saltier towards the end of the cooking. If you find the colour too pale, add two drops of dark soya sauce.

As tempting as it may be to add water to the dish, avoid doing so as the sauce will be too diluted then.

Cook the dish at a lower temperature and stir-fry at intervals to prevent the chicken from getting burnt.

Mid-joint wings are available in frozen packs at supermarkets and wet markets. You can buy defrosted ones, which are sold individually at the wet market.

As this recipe does not involve marinating the meat, I prefer to cook the dish ahead and let it stew in residual heat for an hour.

This is energy-saving and allows the flavour to steep into the chicken.

40g ginger, slice half and julienne half

1. In a frying pan, heat the sesame oil over medium heat.

2. Add the ginger slices and fry for 30 seconds.

5. Stir-fry the chicken wings for three minutes and add the Chinese rose wine.

6. Stir-fry for another minute and add the garlic.

7. Fry for another two minutes until the wings are slightly brown.

8. Add the rice wine and half of the Shaoxing wine.

10. Stir-fry to distribute the seasoning.

12. Lower the heat, cover and cook for five minutes.

13. Add the green chillies and half of the Thai basil leaves.

16. Keep the frying pan covered and let the wings cook in residual heat for an hour.

17. Heat the pan over low heat until the gravy simmers.

19. Switch off the heat and stir through briefly.