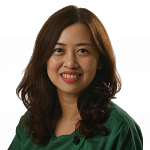 SINGAPORE - The new crew helming Kiss92 FM's weekday morning show may give the impression that they are nocturnal creatures due to their former evening and night-time radio schedules.

But DJs Carol Smith, Joshua Simon and Jill Lim swear they are actually "morning people" - and are pumped up to tackle 4am wake-up calls.

The trio are taking over from Divian Nair, who hosted Kiss92's 6 to 10am timeslot for the past three years, starting on Monday (July 4).

His last day with the station was June 30.

Previously, Simon and Lim co-presented The Reality Check With Josh & Jill on weekdays from 8pm to midnight, while Smith's solo drive-time show The Ride With Carol took the weekday 4 to 8pm timeslot.

Smith, 46, tells The Straits Times of The Morning Show With Carol, Josh & Jill: "It's a new show with a new dynamic. The energy required to host a morning show is definitely different from the night because we want to help our listeners wake up, and feel fresh and excited about the day."

For Lim, 32, who has a two-year-old daughter, the news of her latest appointment came at an opportune time.

She says: "I was having a particularly tough week. She had been waking up at 4am, over and over, and this one day, it was storming, so my dog was whining as he's afraid of thunder. It was utter chaos and, needless to say, I was wide awake.

"Later, my boss called and asked if I would be interested to do a morning show in the future. I took it as a sign - maybe my child and dog knew before I did.

As for Simon, 32, he does not even have curtains in his bedroom so he wakes up to a blaze of light every day.

He says: "When I did nights, I'd still get up early, go for a jog and get some reading time before my day starts.

"With that said, sleeping at 9.30pm every night from here on, to get my seven hours of sleep, is going to take discipline. Waking up at 4am for anything at all will be a challenge for any human, but I've faith in what we're going to do. And I don't ever want to take for granted the joy that comes with my job."

Smith recently became a "dog mum", and because her cockapoo is an early riser, she is now often up at 5am to play with him.

Incidentally, the trio kick-started their radio careers on morning shows and are thrilled about coming full circle - and doing so together.

Smith's first stab at the timeslot was at Power 98 FM when she was still in university, and she was a regular cover at Class 95 FM and Kiss92.

Simon had his start on the 91.3 FM morning show 10 years ago, alongside Gerald Koh and Adam Piperdy.

He recalls: "I had just entered radio and was initially tested to simply do the weather report and banter with the other jocks when necessary.

"It was a dizzying whirlwind and I remember feeling so alive because of how electrifying everything felt."

He adds: "Having been on nights for about seven years, where it was more laidback, I reminded myself what my dad's been telling me all my life - 'Better pull up your socks.'

"Truthfully, I had been pondering over what my next step in my career would be, having just turned 32 in June, so when the opportunity presented itself, I said yes and took that leap of faith, no questions asked."

Lim first did morning shows full time at 91.3 FM when she was still a polytechnic student.

She says: "Even though it means waking up before my daughter from here on, I hope to show her that while she means the world to me, mum loves her job too and that's okay.

"Collectively, we have over four decades of radio experience between us. I've been in this field for 13 years so far. So this next step feels like a homecoming after many years of hard work."

The three DJs have also fostered a relationship beyond that of colleagues.

He says: "She brought the sunshine into the studio. She has such an infectious smile. And I remember thinking, 'Wouldn't it be cool if I get to work with her someday, to learn from someone like Carol, where she finds that joy?'"

Smith says they have joked about having a show together on numerous occasions.

"Once the mics go off, we'd cross paths and discuss the topics on each of our shows, hear opinions across the table.

"Even in our personal lives, we'd go to one another for advice.

"Personally, I've found that I learn a lot from interacting with Josh and Jill because they come from a different generation. Likewise, they always have questions for me. It's how I believe we can all grow as individuals and now as a team."

More On This Topic
Podcasts from SPH Radio deejays to check out
Celebrity Parents: Don't be too hard on yourself, says radio host Tim Oh

An SPH Radio spokesman tells ST: "We are constantly looking out for potential show pairings to groom. When we heard Carol, Josh and Jill together, we could instantly feel their chemistry.

"Kiss92 remains focused on its core audience of young families and women.

"Listeners can expect this trio of eclectic individuals to navigate their varied life experiences in real time, which include motherhood, newly married life and the single life.

"This is a show which will offer something for everyone - from exciting celebrity guests such as British pop star Anne-Marie on its debut show, to trailblazing entrepreneurs and political figures."