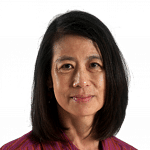 Have the disturbances anything to do with the archaeology team setting up camp at the peat swamp near her village in the Netherlands' north country? More worryingly, are they linked to the mummified bog bodies being excavated?

Two reasons to watch this movie:

The misty chill of the wetlands clings over Moloch like a death pall. This Dutch supernatural spine-tingler is a well-crafted exercise in dread.

2. Mother of all evils

Pity the tragic heroine played by Harmsen, whose own digging of her family history - assisted by Alexandre Willaume as the chief archaeologist-cum-love interest - unearths an ancient otherworldly matrilineal curse.

Her story about generational trauma and witchcraft bears the DNA of Ari Aster's Hereditary (2018) and Andy Muschietti's Mama (2013).

But Dutch director Nico van den Brink looked closer to home. He was inspired by the sensational case of the Yde Girl, the millennia-old corpse found in the Stijfveen marshes in 1897, and his film title references a Canaanite god of child sacrifice.

He roots these cultural-historical influences to a strong sense of place - yes, that spooky landscape - and turns an over-familiar tale into a uniquely local folk horror.

The story: In 2004 Japan, a thread on the 2chan textboard recounted occult encounters at a train station not found on any map - and the Kisaragi Station phenomenon continues to be widely debated online.

Two things to note about this J-horror:

1. The first act is a sub-Twilight Zone episode

Expectantly, moviegoers head into Kisaragi Station as Hasumi narrates her experience. They see her on her commute, then alighting along with five other passengers at an unidentifiable location. The nervous distortions of her phone camera, filming the confused characters stumbling around, herald the official entry into horror fantasy territory - although the frights, such as an exploding zombie, turn out to be so mild.

2. The second half is a meaningless survival video game

The movie hits the reset button when the student, via some time loop, relives the rail journey and meets the same passengers and obstacles to escape back to the human world.

Unfortunately, the same nominal scares are now, upon repetition, borderline farcical. Moviegoers get a baffling twist ending but no pay-off, much less any helpful answers to the central mystery.

More On This Topic
At The Movies: Fire Of Love shows the beauty and devastating power of volcanoes
At The Movies: In Indian remake of Forrest Gump, life is like a box of golgappa