Stories for a new year: The Moth 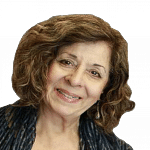 This year I will listen to music again, she thought. Pachelbel. Bach. Enya. This year. For months that inner voice had echoed this promise within her. Now the new year was here, and still the courage to take this step forward defeated her. It was already nearly three years since Krishna had passed, and through that time of grieving the beauty of music was too painful to hear. As Deena pulled up the window blinds, the morning sun streamed into her face.

The moth was caught between the glass panes of the window and the sliding mosquito screens. It was a large brown moth, with a sturdy segmented body and a patterned wingspan of some inches. Pinioned between glass and netted frames, the insect watched her from the dark beads of its eyes, antennae and legs crushed up against the glass. It must have flown in from somewhere the night before.

That other night, she remembered, already now nearly three years ago, when the dragonfly appeared, the doors had been shut all day, and there was no earthly explanation for its presence. In all her years in Singapore, she had never seen such a creature in the condominium gardens, and after that night, had never seen one again.

Looking now at the trapped moth, she realised it might not be easy to release it undamaged. She noticed then that the window was locked, making it even more remarkable that the insect was there. At that moment, pushing open the latch, she did not give this much thought, intent on setting the creature free. Sliding the segments of window and screens about, trying to create an opening for the moth, seemed as impossible as finding the right combination of numbers to crack a safe. As she pushed and pulled, the moth was moved up and down the length of the window, struggling in panic, a golden dust from its wings speckling the glass, as if already its fragile life was disintegrating.

On that evening, nearly three years ago now, in that last week of his life, Krishna lay on the sofa, sleeping most of the day. The children and adult grandchildren had come from distant parts of the world and sat around him.

Some might describe those days as filled by a sense of waiting, but that was not what Deena remembered. They had entered a liminal space, a dimension beyond time, a place of transition between worlds. In the emptiness of that place, an individual just is, and nothing more, she thought.

It was evening, Deena recalled, 8 or 9pm maybe. She sat beside Krishna with Nina and Jaya, her children. They spoke quietly while Krishna dozed, stretched out on the sofa beneath a light cashmere blanket, Fentanyl keeping the pain at bay.

They all heard the low whirring, like an old clock getting ready to strike, and looking up saw the dragonfly on the opposite wall, a large creature with a long body, settled high near the ceiling. Nobody had seen it flying about, and an insect that size was immediately conspicuous. As they watched, the insect took off and without hesitation flew purposefully down to where the sleeping Krishna lay, alighting on the wall behind the sofa, just above his head. There it stayed, unmoving.

Hurrying into the kitchen, she returned with a blue plastic colander and a sheet of newspaper. Deena rose to help as Nina placed the sieve over the creature, sliding the newspaper under the insect so that it was trapped in the bowl.

Through the plastic mesh it could be seen, impassive and still. Deena opened the window, and Nina stepped forward, holding the colander carefully, the dark garden waiting, the scent of damp soil drifting to them. Lifting the newspaper, Nina instinctively leaned back, anticipating the captive insect rising into the air, but no dragonfly appeared. They stared down into the empty blue bowl, then turned to look back into the room, but there was nothing to be seen. The creature had vanished into thin air, just as inexplicably as it had manifested only minutes before.

Sitting down again beside Krishna, gazing at his sleeping face, they absorbed the mystery.

"The dragonfly is a symbol of spiritual change," Deena remarked quietly, recalling the other strange manifestations recently witnessed around Krishna's transitioning soul; the dead sister he insisted was there beside him, the light that had transfused a shadowy room when beyond the door was only darkness.

More On This Topic
'This year, I will...': Stories by Singapore writers to take you into 2022
Stories for a new year: Even at the end, the world was still beautiful

Now, returning her attention to the moth, Deena managed to align the windows correctly, at just the place the insect sat trapped. The glass panes parted, and the creature flew out. Deena watched it soar free into the garden. Throwing open the windows to the new day, she noticed again the golden residue of moth dust upon the glass.

"This too is a sign," she thought, for she knew that the moth, like the dragonfly, was a creature of transformation, and had come to her for a purpose.

Emotion welled through her at this thought. Searching amongst a pile of CDs on a shelf, she quickly chose a disc and pushed it into the player. Immediately, the notes of Bach rose sublimely from the cello of Yo-Yo Ma, filling the room, floating into the garden through the open window, ascending into the limitless arc of the sky.