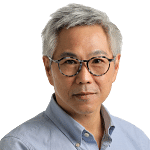 SINGAPORE – The veracity of photography as a tool to capture the truth has been questioned, especially given the ease with which images can be digitally manipulated today.

However, a new exhibition at the National Gallery Singapore (NGS) points out that even in the 19th century, the truth could be altered – by simply curating the images the photographer chose to show.

In the first section of the exhibition Living Pictures: Photography In Southeast Asia, colonial-era photographs show locals at work or play in a tropical paradise.

As senior curator Charmaine Toh notes, many of the images were captured by European photographers for European audiences.

Suffice it to say there are no depictions of open sewers.

While these photographs are not subversive in an obvious way, an NGS statement says that this Colonial Archives section “critically examines photography’s complicit relationship with imperialism”.

Ms Toh adds: “It questions why these photos were made.”

There are more than 300 photographs on display, divided into five sections. The oldest dates back around 150 years.

Different perspectives are also evident in Section 3: In Real Life. In it, photos of the horrors of the Vietnam War – which ended in 1975 – by photographers such as Vietnamese-American Pulitzer Prize winner Nick Ut and late Singaporean journalist Terence Khoo are displayed next to those taken in the same period by Vietnamese photographer Vo An Khanh of seemingly placid scenes.

In NGS’ statement, visitors are invited to “imagine the stories and implications highlighted by the contrasting realities from different perspectives”. The takeaway must be that one side depicts propaganda, but which side?

Artistic photography is also represented in this exhibition with photos that have been purposefully manipulated. One photographer featured is Cultural Medallion recipient Tan Lip Seng, whose award-winning work from 1965 to 1970 is on show.

For Tan, photography is about “capturing the decisive moment – a split second”. He tells The Straits Times: “This is the unique feature in photography to me.”

His works here depict construction sites. They are prints of montages of 35mm transparency slides and contact prints, occasionally with an added layer of colour, like shocking pink, to accentuate a particular element.

Darren Soh’s Political Landscapes (2011) is also featured. In his photo-collage work, Soh, who is also an architecture and landscape photographer, says he “eschewed ultra wide-angle lenses that could capture everything in one frame and instead employed less wide lenses and made several images, then put them together into a collage for a more intimate feel”.

The largest exhibit is by Vietnamese-American multimedia artist Dinh Q. Le. His installation, Crossing The Farther Shore (2014), comprises cubes made from a mesh of found photographs – mostly of South Vietnam before 1975 – woven together like a patchwork quilt.

“The world has been over-saturated with images for a long time. We have learnt to tune them out,” he says over e-mail.

“In the old days, we believed in the photograph. We believed that photography tells the truth. Today, we are more sceptical when we look at any photographs, but I think photography will still be with us for a long time.”