From a rich record of Malay kings to the coming-of-age novels of a Thai princess, Singapore-based publisher Penguin Random House South-east Asia (PRH SEA) kicks off its classics series with fresh editions of two seminal works from the region.

The Sulalat al-Salatin (Genealogy Of Kings), also known as the Sejarah Melayu or Malay Annals, is considered one of the most important literary and historical texts of the Malay Archipelago.

It is being published in a new translation by Malaysian scholar Muhammad Haji Salleh, 78, which modernises the work for new generations.

PRH SEA is also bringing out a new edition of Prisna, a 1938 novel by the late Thai Princess Vibhavadi Rangsit, which features a vivacious young heroine and was much beloved in its day.

PRH SEA associate publisher Nora Nazerene Abu Bakar, 43, says: "Just by looking at the numerous courses about South-east Asia offered in colleges worldwide, it is clear that the world has an increasing interest in South-east Asia, and South-east Asian classical literature is integral to understanding the region and its history."

She calls The Genealogy Of Kings a "behemoth" in the region's literature, described by experts as "the most significant and finest work in the South-east Asian literary canon and understandably so, because no other work chronicles the history of the Malay kings as vividly".

In one version, the Genealogy's author is purported to be Raja Bongsu, but the author credited in the PRH SEA edition is Johor vizier Tun Seri Lanang, who is thought to have worked on it from 1612 to 1614. In this time, he was captured by Acehnese invaders, rescued and installed as a minor raja in Samalanga, central Aceh, where he probably finished the work.

The Genealogy tracks the rise and fall of Malay kings, from the kingdom of Palembang around the 7th century to the fall of Melaka in 1511. It covers the founding of Singapura by Srivijayan Prince Sang Nila Utama, referred to in the text as Sri Tri Buana.

Though it is primarily a historical record, it also contains many tales of fantasy and high adventure, such as how the hero Badang gained enormous strength by eating the vomit of a demon; or how courtier Hang Nadim persuaded Tun Teja, the most beautiful woman in Pahang, to break off her betrothal to one king and steal away to Melaka to marry another.

Prof Muhammad, himself an acclaimed writer who has won the South-east Asian Writers Award, has been working with the Genealogy for 45 years. In the 1990s, he wrote some 40 poems based on it and transcribed the oldest of its 30 manuscripts, which was acquired by Sir Stamford Raffles and is now at the Royal Asiatic Society in London.

The text was previously translated into English in 1821 by John Leyden, a Scottish linguist who was Raffles' contemporary, and by C.C. Brown in 1953. 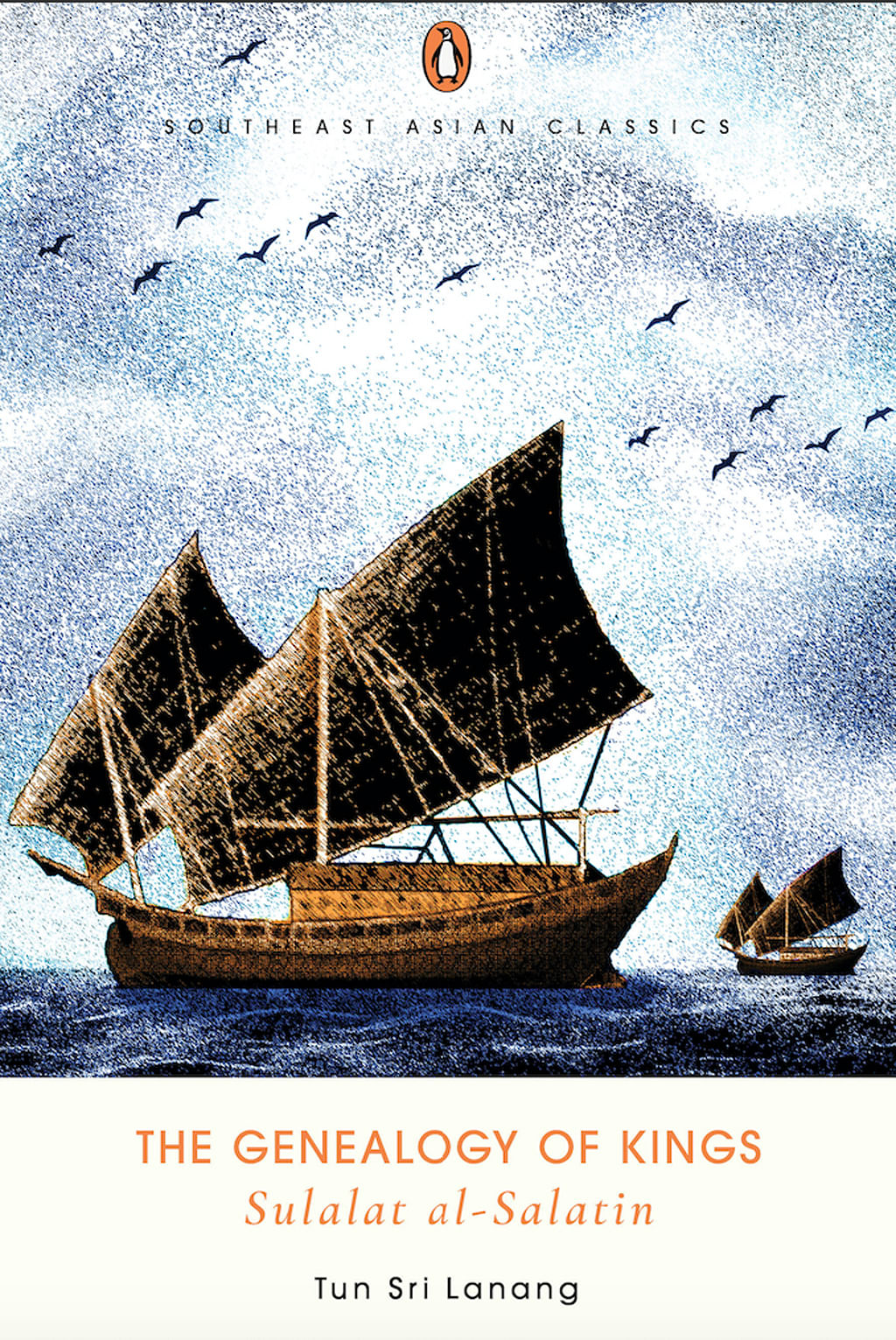 "Brown's is a scholar's rendition," says Prof Muhammad. "Mine is a narrative that tries to catch the wonderful use of Malay by the author. I am a poet who tries to bring over the style, the music and the persona of the writer. I translate from Tun Seri Lanang's literary culture."

The translation proper took him four years. The challenge, he says, lay in rendering the archaic vocabulary and style of narration into contemporary English. "I would like younger readers to read this unique work in a language that they would be comfortable with. This is a work of genius to be shared with the world."

Balancing out this literary juggernaut is the light-hearted Prisna, which was published by Princess Vibhavadi in 1938, when she was just 18.

The daughter of Prince Bidyalongkorn, himself a renowned poet and one of Siam's first publishers, she began writing at the age of 14.

When Allied bombers mistakenly shelled her father's printing house during World War II in a Bangkok air raid, she rushed into the burning building and barely rescued the manuscript of Prisna from the flames.

The novel's eponymous heroine is a modern young Siamese woman who returns to Thailand after being raised in America by her uncle.

The youngest of four sisters, she causes a stir in Thai society because of her beauty and headstrong ways - she wears shorts in public, insists on getting a job as an English teacher and is beset by suitors. In a classic enemies-to-lovers scenario, she clashes with Prince Tan Chai Bojnaprija, only for the two to later fall in love.

Princess Vibhavadi later married Prince Piyarangsit Rangsit - who, like Prisna's love interest, was handsome, European-educated and fluent in many languages - and had two daughters.

In the last decade of her life, she worked in rural development in southern Thailand, leading medical missions in remote and often inaccessible provinces.

On Feb 16, 1977, she boarded an army helicopter on a routine mission when she heard on the radio that two border patrol policemen had been injured in a landmine explosion. She asked the pilot to detour to pick up the wounded men and rush them to hospital. While it was flying low, the helicopter was ambushed from the ground by communist insurgents and the Princess was fatally wounded by machine gun fire.

This is the second publication of Prisna's English translation by the late Tulachandra, the pen name of acclaimed translator Chancham Bunnag, since 1964. It follows what would have been the Princess' centenary on Nov 20 last year.

LISTEN TO BOOKMARK THIS! PODCAST