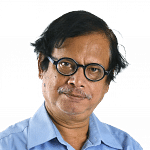 VALUES AT THE CORE: HOW HUMAN VALUES CONTRIBUTE TO THE RISE OF NATIONS

This book, which will be launched on Wednesday (Dec 9), is about the indispensable role of culture in economics. What makes it credible is that the two authors are successful products of the financial world.

Tan is the Asia-Pacific chief executive of a global Fortune 25 company, while Grandjean has worked in the commodities sector for the past 15 years.

Together, they make a compelling case for the argument that winning values, combined with the right policies, ultimately determine the economic destiny of nations.

The authors focus on a collection of values that are conducive to growth: hard work, thrift, trust and risk-taking. They complement their analysis of these values with a study of corresponding policies that fuel national growth.

Fundamentally, these policies allow market forces to function amidst political stability, which is a more important variable than the specific form of government which produces that stability.

Then, sound fiscal and monetary policies are vital for an economy to survive cyclical change. Also, of course, an educated workforce is necessary for innovation and productivity, while corruption can derail economies.

There are two important takeaways from this book. Firstly, what is less important than the debate over whether democracy or authoritarianism is the better form of governance is whether political stability ensues from either.

Progressives might well prefer democracy as a political good and conservatives seek sanctuary in authoritarian governance.

What matters is political stability. The authors' emphasis on the economic need for stability directs attention away from an acrimonious ideological debate to empirical economic issues.

Secondly, the book refines the parameters of earlier debates, which were fought over the economic superiority of Asian values.

This book underlines commonalities between the Confucian and Protestant versions of the work ethic, thus demonstrating that a propitious combination of values and policies is not an ethnic monopoly but one that exists in both East and West. This is a refreshing perpective that should unite thinkers and policy-makers globally.

One question remains at the end of the book. Except for war, what has been good for capitalism has been bad for socialism, and vice-versa, historically. Now, the coronavirus pandemic has joined war as a neutral enemy of all economic and social systems.

Can the virtuous combination of values and policies overcome the divisive effects of Covid-19, seen for example in the emergence of vaccine nationalism across the globe? Time will tell.

If you like this, read: Can Asians Think? by Kishore Mahbubani (Marshall Cavendish, 1998, reissued 2019, $34.99, available here). The Singaporean scholar-diplomat speaks up for a two-way exchange of ideas that goes beyond Western intellectual hegemony, the time for which has passed.