LONDON (AFP) - The chief executive of Uber apologised Monday (Sept 26) for "mistakes" made by the US ride-sharing app after London authorities refused to renew its licence, but still vowed to appeal the decision.

"While Uber had revolutionised the way people move in cities around the world, it's equally true that we've got things wrong along the way," Uber CEO Dara Khosrowshahi wrote in an open letter.

"On behalf of everyone at Uber globally, I'd like to apologise for the mistakes we've made." But he insisted: "We will appeal this decision on behalf of millions of Londoners, but we do so with the knowledge that we must also change."

Transport for London (TfL) on Friday said it would not renew Uber's licence to operate in the capital on expiry, owing to public safety concerns.

Uber, which has about 40,000 drivers and some 3.5 million customers in the British capital, has 21 days to lodge its appeal and can continue to operate until that process has concluded.

Mr Khosrowshahi added in the letter: "We won't be perfect, but we will listen to you; we will look to be long-term partners with the cities we serve; and we will run our business with humility, integrity and passion." 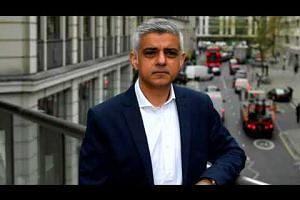 'Unfit' Uber stripped of its licence in London

Uber has seen its global popularity explode since it launched in 2009 in San Francisco, but has faced regulatory problems in other hubs including Cape Town, Mumbai, and New Delhi. TfL has slammed the company for its approach to customer safety, claiming it was "not fit and proper" to operate in London - and gave "public safety and security implications" as reasons for its decision.

The transport body cited Uber's approach to reporting serious criminal offences, how drivers' medical certificates are obtained, how criminal record checks are carried out, and its use of technology which allegedly helps it to evade law enforcement.

"Obviously I am pleased that he has acknowledged the issues that Uber faces in London," he said in a statement. "Even though there is a legal process in place, I have asked TfL to make themselves available to meet with him." In an earlier interview with the BBC, Khan declared that Uber has "got to play by the rules".

He also attacked the firm for "making aggressive threats" and hiring an "army of PR experts and lawyers" to fight the ruling.

Uber came under scrutiny in Britain after it emerged that dozens of rape and sexual assault claims had been made against their drivers and when one of their drivers used his vehicle in a recent terror attack on Buckingham Palace.

TfL questioned also the process through which drivers obtain their medical certificates and the practice of "greyballing", when the company uses a fake version of its app to fool regulators in cities where it is banned.

More than 750,000 Londoners have so far signed a petition calling for the TfL decision to be reversed. Meanwhile the move has sparked concern over the plight of Uber's London drivers, many of whom have car finance deals in place with third-party companies.

"People have spent so much money on these vehicles, what are they going to do now?" Abdur Razzak Hadi, 40, told The Guardian newspaper.

"There are a lot of people who have bought these new cars on hire purchase. These people will be in massive debt," added the father of four who has been an Uber driver for three years.