SINGAPORE - The Singdollar has been strengthening against the ringgit and the rupiah.

A check on Thursday night (Sept 27) showed that one Singdollar could buy RM3.0336 compared with RM3.0266 at the start of the year.

In April, when the ringgit was at its strongest against the Singapore currency, it was RM2.936 to the Singdollar.

Analysts said a combination of factors contributed to the relative strength of the Singdollar against the ringgit.

One factor is political uncertainty in Malaysia arising from a change in the ruling coalition from Barisan Nasional to Pakatan Harapan after the general election in May.

Mr Darren Tay, Asia analyst at Fitch Solutions, said the Singdollar's continued rise against the ringgit is "mainly due to heightened uncertainty among investors... in the aftermath of the Pakatan Harapan coalition's surprise victory".

CIMB Private Banking economist Song Seng Wun agreed. On whether the trend is expected to continue, he said: "Much will depend on Malaysia's political landscape." 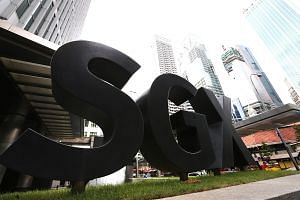 The Singdollar's ascent against the ringgit may also be a reflection of its strength, said Mr Khoon Goh, head of Asia research for ANZ.

It can also be attributed to market expectations that the Monetary Authority of Singapore may further tighten monetary policy at its upcoming October review, he added.

Mr Barakath Ali, first vice-president of the Money Changers Association (Singapore), said: "We are expecting more consumers to buy up the ringgit."

Mr Barakath, who is also managing director at Aramex International Exchange in Sim Lim Square, said the spike in consumers buying ringgit usually comes when the Singdollar could buy at least RM3, which happened last month. Good ringgit sales have persisted since, he added.

On Thursday, the Indonesian rupiah slumped to 10,910.99 against the Singdollar, about the lowest it has been since at least 1992.

Following the United States Federal Reserve's interest rate hike on Wednesday, however, the greenback strengthened against the Singdollar to S$1.3660 on Thursday, up from S$1.3644 a day earlier.