Buyers were out in force last month as sales rebounded by 28.9 per cent to an estimated 1,662 units - the highest number since May 2011 - from 1,289 units in February, with its Chinese New Year lull.

The robust private resale market has sparked talks of another round of property cooling measures in the wake of recent ministerial remarks that the Government is keeping a close watch on the market.

Sales last month were also 122.5 per cent higher than in March last year, and 75.3 per cent more than the five-year average volume for the month of March.

Condo resale prices edged up 0.1 per cent from February - rising for the eighth consecutive month - and were up 4.2 per cent over March last year.

Homes in the suburban areas - outside the central region - accounted for the biggest proportion of private resale transactions, at 60.2 per cent.

Demand could also have been pushed up by the lack of new units in the suburban areas and rising new home prices, she said.

ERA Realty head of research and consultancy Nicholas Mak said price growth was driven mainly by homes in central Singapore, where prices rose 1.1 per cent in March from the month before.

He noted that Midtown Modern in Bugis and Irwell Hill Residences, off River Valley Road, were both recently launched and piqued buyers' interest. 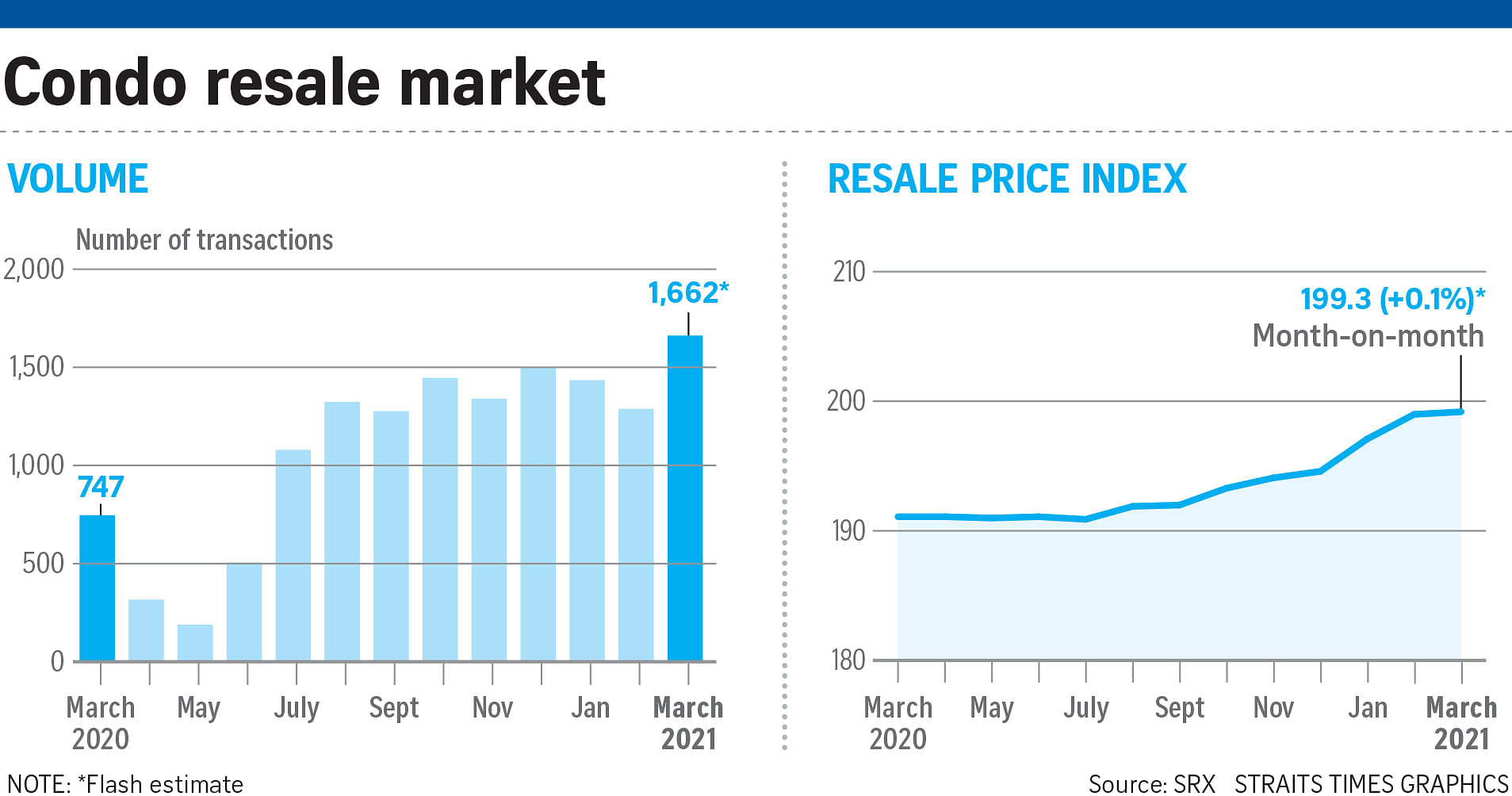 "Buyers expect the new launches to be priced higher than the resale properties in terms of dollar per sq ft (psf) of strata space. As a result, some buyers turn to the resale market," said Mr Mak.

PropNex's head of research and content Wong Siew Ying said the wide price gap in dollar psf between new launches and resale properties may also have helped to steer some buying interest towards the resale segment.

"Barring any fresh cooling measures, we expect demand for resale condos to remain healthy, largely driven by local end-user demand, including from Housing Board upgraders," she said.

The highest transacted price for a private resale unit last month was $18.3 million for a unit at Eden in Draycott Park, according to SRX data.

In its report, SRX noted that the overall median capital gain last month was $179,500, a decrease of $24,344 compared with the month before.