The climb out of the pandemic-induced rut appears to be on track, with rental volume last month for both Housing Board flats and condominium units recording another month of increases.

This represented a 10.4 per cent increase from the same month a year ago. Leasings were also 8.5 per cent higher than the five-year average volume for the month of January.

HDB leasings were up 8.5 per cent from January last year.

Ms Christine Sun, OrangeTee & Tie's senior vice-president of research and analytics, said it is not surprising to find rental volumes rebounding, with the Covid-19 situation in Singapore improving and progressive changes being made to reopen the country for international travel.

"More Singaporeans and permanent residents have been returning to Singapore and many require short-to mid-term accommodation," she said.

There have also been more inbound travellers such as students, work pass holders and long-term visit pass holders looking for rental units in recent months, she said.

"Many of these people are looking for accommodation near their schools and workplaces, which helps to prop up leasing demand for HDB resale flats and private homes in the city fringe and suburban areas." 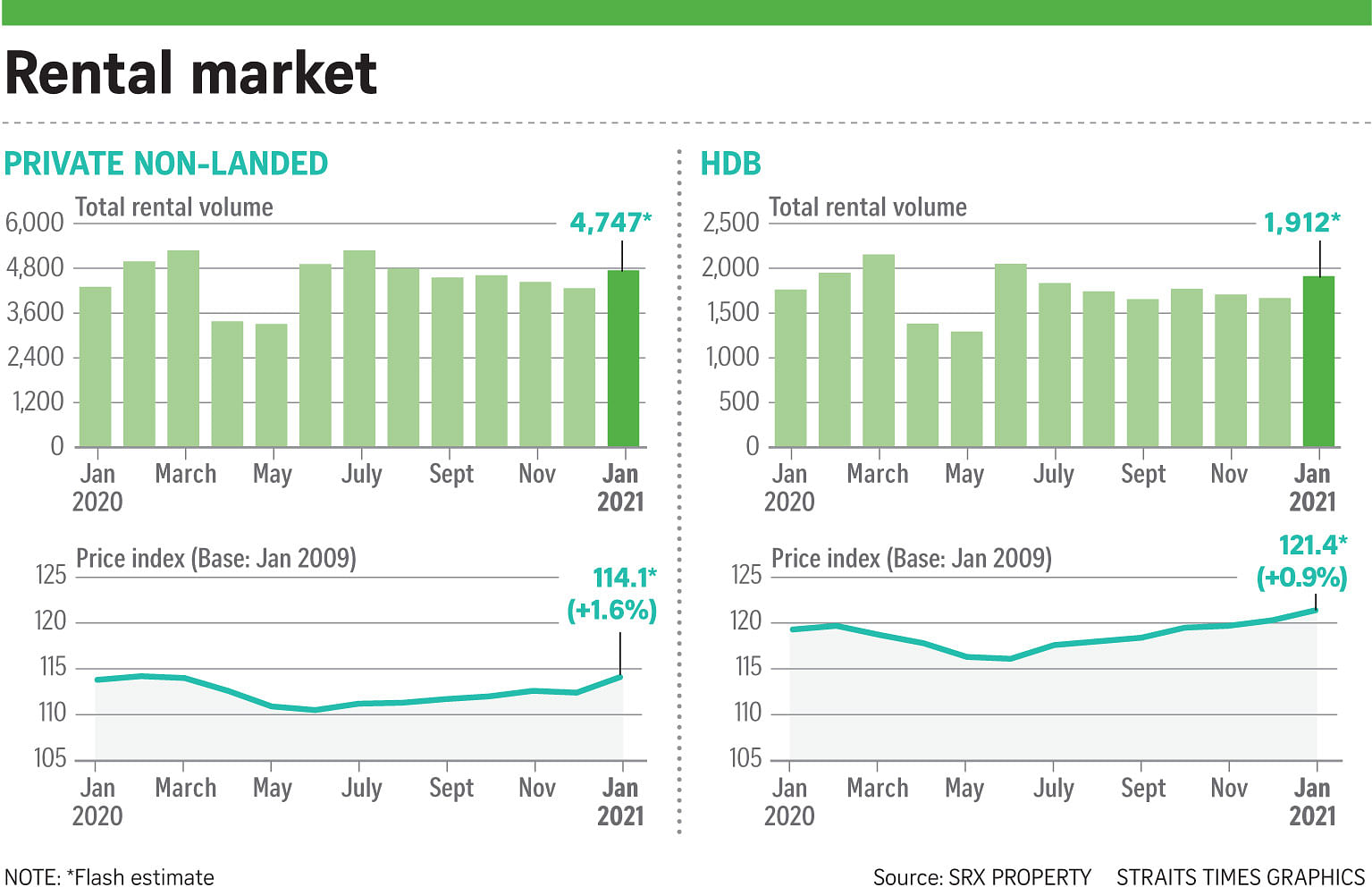 As more travel restrictions are lifted, rental demand may continue to improve in the coming months, Ms Sun noted.

Condo rents, meanwhile, resumed their recovery from a four-month slide last year when the coronavirus pandemic saw weak hiring prospects and foreigners losing their jobs. Ms Sun had previously said the pandemic seemed to have reversed a decade of rampant growth in rental demand.

Rents rose 1.6 per cent in January month on month, after dipping in December.

HDB rents rose for a seventh straight month, climbing 0.9 per cent last month from the month before.

Year on year, overall rents increased by 1.7 per cent, though they are still 12.1 per cent off their peak in August 2013.