SINGAPORE (THE BUSINESS TIMES) - Home owners are taking Singapore's latest en bloc craze to a new level, with mega developments - sitting on sites close to or over one million sq ft each - joining the bandwagon.

Owners of Mandarin Gardens, a 99-year condominium on a one million sq ft plot off East Coast Park, have given the green light to kickstart its collective sale process.

It formed its collective sale committee over the weekend, and the committee is in the process of contacting marketing agents.

While it is still early days, Alan Cheong, Savills Singapore's research head, said the deal, if it goes through, could go for "way past a billion", and "will definitely be another major landmark in the history of en bloc sales".

In the same league, late last year, the 1.124 million sq ft Braddell View estate voted to form its collective committee, after the 918-unit development was privatised in March that year.

Over in Upper Bukit Timah, the 999-year leasehold Cashew Heights also formed its committee last year. The project, which occupies a 953,000 sq ft parcel, is on its third en bloc attempt. 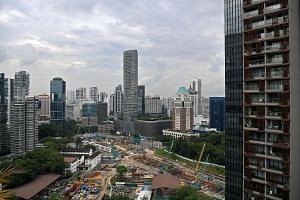 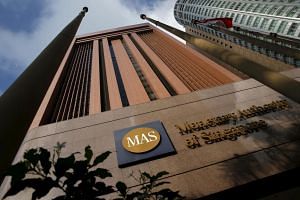 In the Holland area, Pine Grove, a former HUDC estate like Braddell View, is collecting signatures for the 80 per cent mandate. Its owners have a reserve price of S$1.65 billion for the over-893,000 sq ft site. It is also the estate's third try.

Price-wise, the biggest successful en bloc sale to date is Farrer Court, which went for S$1.3388 billion when a consortium bought the 838,488 sq ft estate and redeveloped it into the D'Leedon condo.

The successful collective sale of sites like Mandarin Gardens will give a big boost to Singapore's residential investment sales this year. Last year, over 30 en bloc sites were sold for close to S$8.7 billion. Another six tenders have closed but sales have not been concluded.

Mandarin Gardens, built in 1986, has 1,006 units, along with 10 shoplots, one minimart, one restaurant and one kindergarten. It is near other en bloc hopefuls like Lagoon View and Laguna Park, and is close to Victoria School and St Patrick's School.

Savills' Mr Cheong said that a developer who pays an all-in price, including a land lease topping up premium and other charges, would likely "set a base price of S$1,300 to S$1,400 psf ppr".

While these big projects are in attractive locations, they face the same hurdle to a successful en bloc deal - their size, which was a major factor in the failure of previous sale attempts.

"I have never seen a sale of anything so big, like this, in the East Coast," he added. "It's so big that even the big boys may want to go in as a joint venture to basically share the risk."

He said that if indeed a deal is clinched, close to 3,000 units could be developed on the existing area; and it could also be split into two developments.

Mr Cheong added: "With the current regulations in place such as the additional buyers' stamp duty (ABSD) and qualifying certificate (QC), and with land prices getting to a multiple of what Mandarin Gardens was sold at in the 1980s - the risk to the potential buyer is much higher."

But size is a problem not just for potential buyers but also for residents keen to go the en bloc way. With so many owners involved, the process gets more complicated and often turns ugly.

In Mandarin Gardens' previous attempt at a collective sale, acrimony broke out when residents against the sale claimed the sales committees had gone round collecting proxy votes to control the outcome of the annual general meetings.