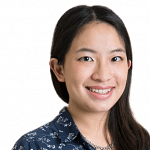 SINGAPORE - A RM1.8 billion (S$598 million) golf resort and golf course at Forest City opened its doors to the public last Saturday (Sept 1), with Country Garden touting its economic benefits as the mega-project comes under scrutiny.

"Forest City Golf Resort and the Jack Nicklaus designed Forest City Legacy Course will attract golfing enthusiasts from all over the world and elevate the state of Johor's golfing tourism reputation in the region, as this is a world-class championship course. This will also in turn draw major investments, promote the state tourism, opportunities and skill transfers to the locals," said Country Garden Malaysia director of strategy Ng Zhu Hann in a statement on Monday (Sept 3).

The hotel in the golf resort has over 150 local employees making up 90 per cent of total hotel staff, the company said. Forest City has so far created 1,200 job opportunities for locals, which, according to the company, is an 80 per cent localisation rate of the total employee workforce through master developer Country Garden Pacificview (CGPV).

The new golf course, designed by golf legend Nicklaus and his son, has a "desert-style" concept, surrounded by mangroves and natural water features, said Forest City Golf Resort and Golf Course general manager Arthur Yeo. He said that there will be homes, retail shops and travel offerings surrounding the new golf resort. That brings the number of golf courses in Johor to 27.

Johor Golf Tourism Association president Kol Mohd Jamal Salleh said he was hopeful that the golf course will help revive golf tourism which was popular in the 1990s, but has simmered down due to a gamut of factors including what he said was competition from golf clubs in Indonesia and Thailand, and a lack of direct flights to Johor.

The launch came after Malaysian Prime Minister Mahathir Mohamad said last week that foreigners will not be allowed to buy homes or granted visas to live at the mega-project which was marketed primarily to Chinese buyers and is touted to be home to 700,000 people.

Malaysia's Economic Affairs Minister Mohamed Azmin Ali last Saturday said the government is scrutinising the Forest City project because free residential units in the development were allegedly being offered in exchange for investments in China. He said that the the transaction is not done in Malaysia, and this does not benefit the country and its economy.

The developer is continuing with construction and reclamation work and selling apartments, and promoting the Shattuck-St Mary's Forest City International School, which opened last month.