SINGAPORE - With the collective sale market fever hot again, the owners of Jalan Besar Plaza hope it will be third time lucky.

The public tender for the mixed-use development will be launched on Tuesday (Oct 10) and closes at 3.30pm on Nov 10, said marketing agent Huttons Asia.

The guide price for the freehold commercial and residential complex near Jalan Besar and Kitchener Road is S$390 million, or S$2,170 per square foot per plot ratio.

This is higher than the S$380 million reserve price in its second sale attempt last June but identical to the guide price in its first attempt in November 2015.

No development charge is payable for the site. The location of Jalan Besar Plaza makes it "perfect for serviced residences",  said Huttons Asia, touting also its proximity to major educational institutes such as the Singapore Management University, LaSalle College of the Arts, Nanyang Academy of Fine Arts, as well as the Central Business District. 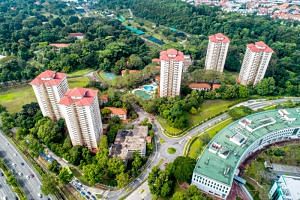 Collective sale fever: How much longer will it last?

The value of collective sales in Singapore has hit S$5.8 billion across 16 deals so far this year - nearly six times the three deals worth S$1 billion for the whole of last year.

There are another 40 to 50 developments said to be in varying stages of the collective sales process, all hoping to catch the latest big wave.