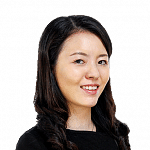 Marketing agent Edmund Tie & Company said on Friday (Dec 1) that competition for both sites were intense, with Royalville attracting a total of nine bids from local and foreign developers and Crystal Tower drawing a total of 12 tender bids.

Most of the bids for Royalville, nestled in Bukit Timah near Sixth Avenue MRT station, were well above the asking price of S$368 million, said Swee Shou Fern, senior director for investment advisory at Edmund Tie & Company.

"Its large sprawling grounds allows the developer to design an upscale condominium with up to 323 residential units and comprehensive suite of facilities," she added.

The selling price for Royalville reflects a land rate of about S$1,960 per square foot per plot ratio (psf ppr).

Based on the sale price, each apartment owner at Crystal Tower is expected to pocket gross profit of between S$6 million and S$6.6 million, while the penthouse owner will receive about S$12.3 million.