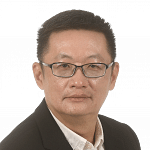 SINGAPORE - Scammers all over the world are working hard to come up with new, ever more ingenious and devious ways to get you to part with your money.

It is impossible to predict what they will be up to next but you stand a fair chance of avoiding scams if you do not divulge your personal details easily in all kinds of scenarios.

Take the experience of one of our readers. He told Invest recently that he was surprised when a stranger deposited about $120 into his bank account via his mobile phone, which is registered with the PayNow system. He did not know the sender and wondered how the person obtained his phone number. But he made the right call - he went to his bank, which asked him to lodge a police report.

"The idea is to make it clear that I did not ask for and would not keep the money," he says. He then gave a copy of the report to the bank so that it could deal with the money.

Bank officials say that while strangers may be able to deposit money into your account using your mobile number, they would not be able to extract other banking information from such transactions or compromise the account's security.

It is unclear why the sender would deposit money into a stranger's account - after all, you are likely to be very careful when keying in the recipient's data before you press "submit".

So what should you do if this happens?

Never call or disclose your particulars

First, don't call the sender because he may be expecting to hear from you because he could be recruiting potential money mules. He could say he made a mistake and give you a number to return the money but if you follow this instruction, you could unwittingly get yourself implicated in a money laundering process.

Another possibility could be that the sender is trying to find an opportunity to meet and befriend you so that he can lure you to part with more money. In such cases, you would be better off to just contact your bank and follow its advice on what to do next.

Even if the unexpected deposit is made by someone you know, such as a casual business contact or a vendor, and the person said he made a mistake, you should not be in a hurry to reverse the transaction via PayNow because you can end up giving the full name you use for your bank account to the recipient.

Instead, ask for his full name and banking details so that you drop off a cheque into his bank's deposit box. In this way, the recipient won't be able to see your personal details on the cheque.

Yes, it is a hassle but you must guard your personal details jealously because information like this is being traded by crime syndicates in the darknet, which is the notorious digital underworld.

More On This Topic
Scam scourge: How can we fight it?
Stop scams: Counting the cost of love, sex and money scams

Frankly, all of us should stop taking part in any lucky draws that require us to fill in our full name, home address and mobile numbers on a slip of paper that is then deposited in a box.

This information can be abused because there is no telling where these slips will end up after the draw. Don't count on every business to shred and burn every slip - note that customer details can be dug out of garbage bags when these slips are improperly disposed of.

Ever wonder how scammers can call or send messages to your phone when your number is unlisted? It is not illogical to assume that one potential source could be from the details you freely gave away in such casual lucky draws.

Even if there is another explanation, retailers should stop making their customers fill out their particulars on paper slips when many already have membership programmes that keep such data.

Businesses that truly want to reward customer loyalty should use such programmes to give away prizes and not resort to quaint paper slips that can be a source of information leaks.

Never feel threatened by calls or messages from an unknown source

Scammers are counting on you to be afraid or lose your cool because people tend to be hasty and do things without thinking when they are faced with dangers or threats to their security.

For instance, according to the accounts of some victims in other countries, some scammers can allegedly copy and mimic the voice of your relatives - presumably after they make some nuisance calls to them earlier - to lure you into thinking that they need you to send money because they have been kidnapped or involved in some accident.

If this happens, just remember that you are in Singapore and that you can seek help from one of the best police forces in the world.

Moreover, unless you are a famous tycoon, the probability of someone wanting to kidnap your relatives, an offence that can attract the death penalty, is practically zero.

So the first thing you should do is to end the call and then try calling your relative, or your other kin.

Stay calm until you reach someone, and you can always call the police for help as a last resort.

Finally, what happens if you see this message on your phone - "We have detected a $1,000 charge on your credit card. If you did not use your card, click on this link and verify your details".

It is a scam, so don't click on the link. Instead, call your bank to check, so you have peace of mind.

More On This Topic
4 common types of scams and how to recognise them
S'pore is known as a trustworthy place, so why are there so many scams?