However, the Fed makes extra effort to be transparent in communicating its moves to markets, so they can be prepared for interest rate changes, Powell said.

The Fed on Wednesday adopted its eighth rate hike in less than three years as the US economy has continued a robust expansion.

"We do understand, though, that when our economy is strong and we're raising rates, that puts upward pressure around the world and can affect countries, particularly countries that have external dollar borrowing," Powell told reporters at a news conference.

But he noted that more than half of the world's economic growth is outside of the United States.

"The performance of the emerging market economies really matters to us in carrying out our domestic mandate."

He said a healthy US economy was also good for other countries. 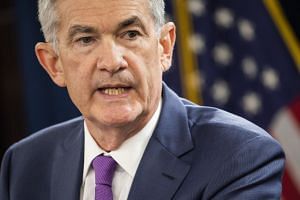 Increasing US interest rates can raise borrowing costs, especially for countries with large dollar-denominated debts, as it favours a stronger US currency and can drive investors out of emerging economies towards the increasing yields on US assets.

"What we try to do is be very transparent about what we're doing and why, and we have been, I believe, and we've also moved quite gradually," Powell said.

"We'll continue to conduct US monetary policy as transparently as we possibly can, and that's really the best thing we can do along with supporting US growth."