WASHINGTON (AFP) - After months of threats and dwindling hopes the two sides would pull back from the brink of all-out trade war, steep US tariffs on tens of billions in Chinese goods are due to take effect at midnight Thursday.

China already has announced it will respond in kind on the same schedule as the United States while President Donald Trump has countered with a threat to double down by progressively ratcheting US penalties up to a total of $450 billion in goods -- which would represent the lion's share of all of China's exports to the United States.

Trump's escalating global trade dispute has already affected the economy, with punitive duties now in place for steel and aluminum and the White House threatening slap duties on auto imports.

Prices are rising, especially for steel and aluminum, and companies are starting to feel reticent about investments or plan to shift production overseas to avoid retaliation against US exports.

Trump says the measures are aimed at leveling the playing field for American companies, which he says will become more competitive.

But for firms like Mid-Continent Nail Corporation in Missouri, the largest US nail manufacturer, rising steel prices have meant immediate job losses and threaten to force the company to shut down operations altogether.

Trump initially threatened to hit China with 25 per cent tariffs on a list of goods worth US$50 billion annually, over what Washington says is the rampant theft of US technical know-how.

But the list was pared down to 818 product categories worth more than US$32 billion after US companies requested exemptions for key imports. 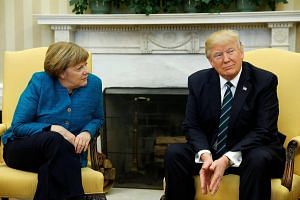 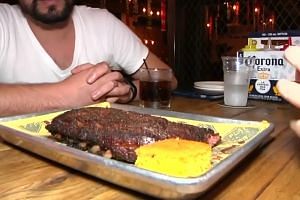 A second tranche of 284 goods valued at US$16 billion -- which would bring the total to US$50 billion -- will be targeted after they undergo an additional process of review and public comment, which could lead to a lower total.

Beijing will hit back with tariffs initially on nearly US$30 billion in US goods, also taking effect Friday, including vehicles and many agricultural and food products, such as soybeans, which will hit US farmers hard.

The remaining US$15 billion would be imposed in the second phase would target crude oil, propane and chemicals.

Added to the tariffs are the increased scrutiny on Chinese investments in the United States, which the government says are sensitive for economic or national security reasons, which already has reduced incoming investment.

Economists have for months warned of the potential damage to the US and global economies from aggressive trade policies that evolve into protectionism, which would raise prices and upend global supply chains.

The Trump team has paid little heed to those concerns and Commerce Secretary Wilbur Ross this week called the warnings "premature and probably quite inaccurate."

Trump himself tweeted this week that the economy is doing "perhaps better than ever" even "prior to fixing some of the worst and most unfair Trade Deals ever made by any country."

But American businesses increasingly are raising their voices in alarm about the potential for dire consequences.

The influential US Chamber of Commerce, with headquarters just steps from the White House, urged Trump this week to reconsider his actions, saying the counter-tariffs now affected $75 billion in American exports and endangered US jobs.

While Trump touts announcements of jobs created in steel plants due to the tariffs, manufacturing industries warn that many more jobs will be lost in companies producing autos, auto parts, appliances and other goods that depend on imported components.

But a manufacturing survey from the Institute for Supply Management shows they are not alone, while other companies say uncertainty is delaying investment plans.

The trade war arrives with many companies already struggling to find workers and facing backlogs to receive supplies.

Christine Lagarde, head of the International Monetary Fund, warned the tit-for-tat cycle of retaliation would create "losers on both sides."