SINGAPORE - South-east Asia’s internet economy is on track to exceed US$240 billion (S$329.7 billion) by 2025, according to a report released on Monday (Nov 19) by Google and Temasek.

This is US$40 billion higher than previously estimated. The region’s internet economy now stands at US$72 billion in gross merchandise value (GMV).

The growth will be powered by the large and engaged internet user base, especially as affordable smartphones become increasingly available and mobile telecommunication services grow faster and more reliable, the report noted.

There were more than 350 million internet users across Indonesia, Malaysia, Philippines, Singapore, Thailand, and Vietnam in June this year, 90 million more than in 2015.

New sectors have also emerged, such as online vacation rentals, online food delivery and subscription music and video on demand.

In the last three years, e-commerce has been the most dynamic sector, exceeding US$23 billion in 2018 and having grown more than four times since 2015.

“On the back of the increased consumer trust in e-commerce demonstrated by South-east Asian internet users, we have revised our projections and now estimate that the e-commerce sector will exceed US$100 billion by 2025," said the report.

This growth has been driven by e-commerce companies Lazada, Shopee and Tokopedia, which have grown collectively more than seven times since 2015.  The second-fastest growing sector is online media, which includes online advertising, gaming and subscription music and video on demand. Besides these two sectors, the proportion of travel bookings made online has gone up, from 34 per cent in 2015 to 41 per cent in 2018.

“This has been driven primarily by the continuous increase in consumer trust for players like Agoda, Booking, Expedia, and Traveloka, which offer a wide range of flights, hotels, vacation rentals, and other travel services. Online travel aggregators give travellers the ability to easily compare and find the best products and prices as well as the convenience to check availability and to complete the booking in one go,” the report said. 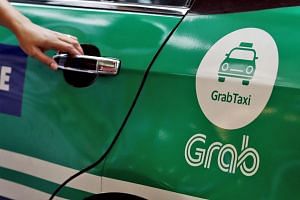 In Singapore, the internet economy formed 3.2 per cent of its GDP, second only to Vietnam in South-east Asia.

“The Singapore consumers do have significantly higher incomes, which also means higher disposable incomes. They buy more products than say, a user in Indonesia.”

Despite serving the smallest user base in the region, Singapore has the second largest market for ride-hailing services in the region by value, with an estimated US$1.8 billion in GMV in 2018.  Mr Anandan added that this is partly due to higher fares for online transport rides and food delivery orders in Singapore compared to markets like Indonesia and Vietnam, where they can be as low as US$1 to US$2.

In the region, Singapore will also be a catalyst for further growth. By 2025, 1.7 million full-time internet economy jobs will be created in South-east Asia for highly-skilled professionals as well as flexible work opportunities in sectors like ride-hailing. Singapore will be taking a “disproportionate share” of these high-paying job opportunities, said Mr Rohit Sipahimalani, joint head of the Investment Group at Temasek.

“The headquarters for many companies are here in Singapore and this will help to generate high-quality jobs. There are also start-ups coming out of Singapore into the region and this creates new employment opportunities in the internet economy,” he said.