The local currency dropped for a second day as the Monetary Authority of Singapore (MAS) said in a statement on Thursday (April 14) it will seek a policy of zero appreciation against an undisclosed basket of currencies. 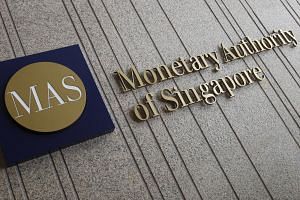 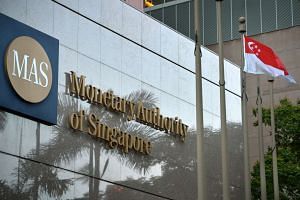 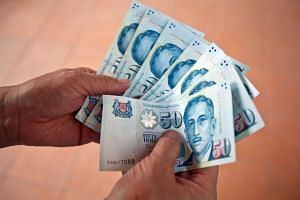 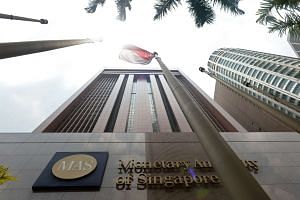 The MAS had had a policy of modest and gradual appreciation since April 2010. The economy stagnated in the first quarter from the previous three months, when it expanded 6.2 per cent on a seasonally adjusted, annualised basis, the Trade Ministry also reported on Thursday.

"There's been a deterioration of economic conditions since the last meeting," said Mr Philip Wee, senior currency economist at DBS Group Holdings. "If things have already worsened why wait for October to ease?"

This was the central bank's second unexpected decision in less than 16 months. It made an emergency policy change in January last year to combat the threat of deflation following a slump in oil prices. Twelve of 18 economists surveyed by Bloomberg predicted the central bank would maintain policy on Thursday, while the rest forecast it would ease.

"We thought the hurdle was high for a shift to neutral," said Mr Khoon Goh, a senior foreign-exchange strategist at Australia & New Zealand Banking Group Ltd in Singapore. "Although the MAS said that they have no intention to depreciate the domestic currency, I don't see this as necessarily the end of the easing cycle. If downside growth and inflation risks remain, then the next easing move would be a re-centring in October."