SINGAPORE - Singapore's core inflation, which strips out the cost of accommodation and private road transport, stood at 1.9 per cent in August - unchanged from July - as higher retail and food inflation offset a moderation in services inflation.

These two consecutive months marked the fastest rate of increase since August 2014, when it climbed 2 per cent.

Headline inflation held steady in August with prices up 0.7 per cent year on year, mostly due to a more gradual decline in accommodation costs.

This was in line with economist expectations and just a tick faster than July's 0.6 per cent rise, according to the consumer price index (CPI) released by the Department of Statistics on Monday (Sept 24).

Headline inflation ticked up mostly due to accommodation costs, which fell by 2.6 per cent in August, moderating from the 3 per cent decline in July. This reflected a slower pace of decline in housing rentals and a larger increase in the cost of housing maintenance and repairs.

Private road transport costs dipped by 0.2 per cent in August, the same pace of decline as in the previous month, as a smaller fall in car prices was offset by a less steep increase in petrol prices.

The overall cost of retail items went up by 2 per cent in August, up from a 1.6 per cent rise in July. This was due to a faster pickup in the prices of clothing and footwear, as well as an increase in the prices of personal care products, following the decline recorded in July. Food inflation edged up to 1.7 per cent in August from 1.5 per cent in the preceding month, on the back of a faster pace of increase in the prices of non-cooked food items and prepared meals.

Services inflation eased to 1.3 per cent in August from 1.5 per cent the month before, mainly reflecting a decline in telecommunication services fees which more than offset a faster pickup in airfares.

Commenting on the data, the Monetary Authority of Singapore (MAS) and the Ministry for Trade and Industry (MTI) said inflation is likely to rise mildly. 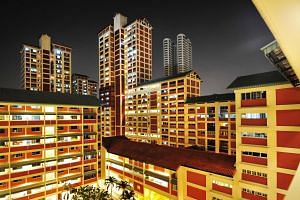 Singapore's core inflation rises to 1.9% in July due to spike in electricity and gas prices

Global oil prices have rallied since the start of 2018 and are expected to average higher for the full year, compared to 2017. Meanwhile, global food commodity prices are projected to rise slightly as demand strengthens amid ample supply conditions, said the MAS and MTI.

Domestic sources of inflation are expected to increase alongside a faster pace of wage growth and a pickup in domestic demand. However, the extent of consumer price increases will remain moderate, as retail rents have stayed relatively subdued and firms' pricing power may be constrained by market competition, said the MAS and MTI.

Accommodation costs are forecast to fall by a smaller extent than in 2017, while private road transport inflation should decline in 2018 as the inflationary effects from previous administrative measures dissipate, said the MAS and MTI.