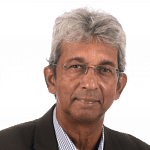 The movement of the epicentre of the Covid-19 pandemic from the local populace to the migrant worker community has sparked an intense debate on the subject of Singapore's dependence on foreign workers.

Singapore has almost 1.4 million people loosely described as foreign workers. These are largely S-pass holders, work permit holders, employment pass holders and domestic helpers. In all, they form 25 per cent of the resident population.

These folk work in virtually every industry: building and construction, transportation and logistics, food and beverage (F&B), retail, manufacturing, health and eldercare, cleaning and sanitation, and more. They hail mainly from Malaysia, India, Bangladesh, Myanmar, the Philippines and China.

The 300,000 construction workers are essential for the infrastructure building needs of a growing nation. About 260,000 domestic helpers manage our homes and care for our families and elders. Thousands of others clean, fix, make and maintain.

Without the help of these guest workers, many companies here would have to shut. They are the backbone of industry here.

Over the past decade, their numbers have grown by almost 30 per cent.

However, the health crisis has raised a valid question: Do we need so many of them?

During the 1980s and into the 1990s, Singapore had a national productivity movement, led by an organisation called the National Productivity Board (NPB), which pushed a national agenda for labour productivity improvement.

The NPB was a statutory board under the then Ministry of Trade and Development, and a brainchild of the late Mr Lee Kuan Yew. The organisation was tasked with coming up with strategies to help Singapore companies improve their manpower and industrial efficiency.

It had special units that measured and evaluated productivity of sectors, industries and companies.

Consultancy in industrial engineering, workplace management, skills upgrading and automation was provided for enterprises to help improve their productivity and operational efficiency. Training and skills development grants were disbursed to companies.

It was a holistic effort to improve productivity during a time when Singapore's dependence on foreign labour was still relatively low.

But the NPB was ultimately restructured and merged into other statutory boards by the late 1990s, and in the process, its functions and objectives were morphed. Somewhere along the way, the productivity movement died a quiet death.

The subsequent years of high growth were fuelled by the inflow of cheap foreign labour. That trend has continued to this day, and we are now at a point where some are questioning the relentless pursuit of growth on the backs of these guest workers.

So, can Singapore do without foreign workers? The simple and straight answer is no.

But can some jobs be redesigned using technology and automation so that manpower needs can be reduced? Can wages at some jobs be raised to a level where it actually becomes attractive to Singaporeans and residents?

More specifically, can jobs in sectors such as retail, F&B, transport and selected others be redesigned to make them more palatable for residents?

Employers should seriously examine this. The circumstances we now face with the pandemic stalking the foreign workforce suggest that this is a strategic imperative.

On the other side of the coin, Singaporeans, too, must be more open-minded to the nobility of work. Any work.

Blue-collar jobs must be respected.

While this idea may be a novel one in Singapore, it is commonplace in other developed nations like the United States, Australia and Europe.

In many of these economies, the labour needs - especially in the service and F&B sectors - have been plugged with hourly paid workers, especially tertiary students. Of course, the success of such a strategy also requires attractive hourly wages.

There is a need for a mindset change in Singapore society.

After all, if we pride ourselves on being a First World nation, we should be able to accept First World norms and attitudes towards and within the workforce.

Meanwhile, some economists estimate that around 200,000 Singaporeans could be unemployed or under-employed by the time this pandemic is brought under control next year. Redesigned and well-paying jobs in various sectors could provide some relief.

The bottom line is that over-dependence on foreign labour can expose companies and employers to unforeseen circumstances, as is the case now.

Also, as India, China and other countries where we source our guest workers develop and grow, the demand for labour there will grow.

That said, the reality is that Singapore will always need a robust foreign workforce. But they should supplement a stable core made up of a local workforce.

Productivity improvements could help recalibrate the numbers. But for this to happen, companies, employers and workers need to come to terms with a new normal.

Businesses would be strategically unwise to bank on a large pool of cheap imported foreign labour for their long-term survival and growth.

A version of this article appeared in the print edition of The Straits Times on April 20, 2020, with the headline Singapore firms and workers should seek new normal. Subscribe