SINGAPORE - Foreign worker levy increases will be deferred for one year in the marine and process sectors due to challenging business conditions and the reduction of Work Permit holders in these sectors.

Levies will also remain unchanged for another year in manufacturing, Finance Minister Heng Swee Keat said in his Budget speech on Thursday (March 24).

The Government will proceed with levy increases in the services and construction sectors, as announced in Budget 2015. 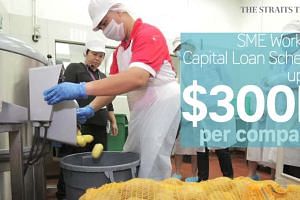 The minimum experience requirement for man-year entitlements (MYE)-waiver workers will be raised from two to three years from July 1 next year to encourage firms to retain their more experienced workers to support productivity.