Consumer spending by residents here last year was at a similar level to what it was in 2019 despite the pandemic, most likely because people were splashing out in Singapore instead of splurging on overseas jaunts.

Government income support in Budget 2020 contributed partly to the 13 per cent increase in Singdollar deposits of resident individuals and non-bank corporates last year, the fastest pace since 2009.

"The rise in saving likely reflects both a precautionary reaction to the increase in economic uncertainty and constraints on households' and firms' ability to make desired purchases due to public health restrictions," the MAS noted.

Both headline and core inflation are expected to rise in the months ahead, reflecting pricier oil and low base effects from the fall in prices seen in last year's second quarter.

The projected rise in core inflation in the quarters ahead is likely to be more gradual than in the aftermath of the downturn in 2008 to 2009, following the global financial crisis, the MAS said.

This is due to several factors, including the slower and more uneven economic recovery this time around and structural factors that existed before Covid-19.

Travel-related items, which have historically been a significant part of cyclical swings in core inflation, are also not expected to drive inflation up quickly in this recovery.

Higher private transport costs due to factors such as tighter supply of certificates of entitlement and firm demand for cars will be a significant factor in driving up headline inflation this year.

But this pace of increase in inflation should ease in the second half of the year, as external and domestic cost pressures are expected to remain contained.

Rents for commercial and office space are also expected to remain modest as they continued to decline on a year-on-year basis in the first quarter. Rent pressures should be contained by the reduced need for such space, the MAS said.

Robust demand for resident workers should lead to a steady decline in the resident unemployment rate over the year and encourage local job seekers to enter or re-enter the labour force, the MAS noted. 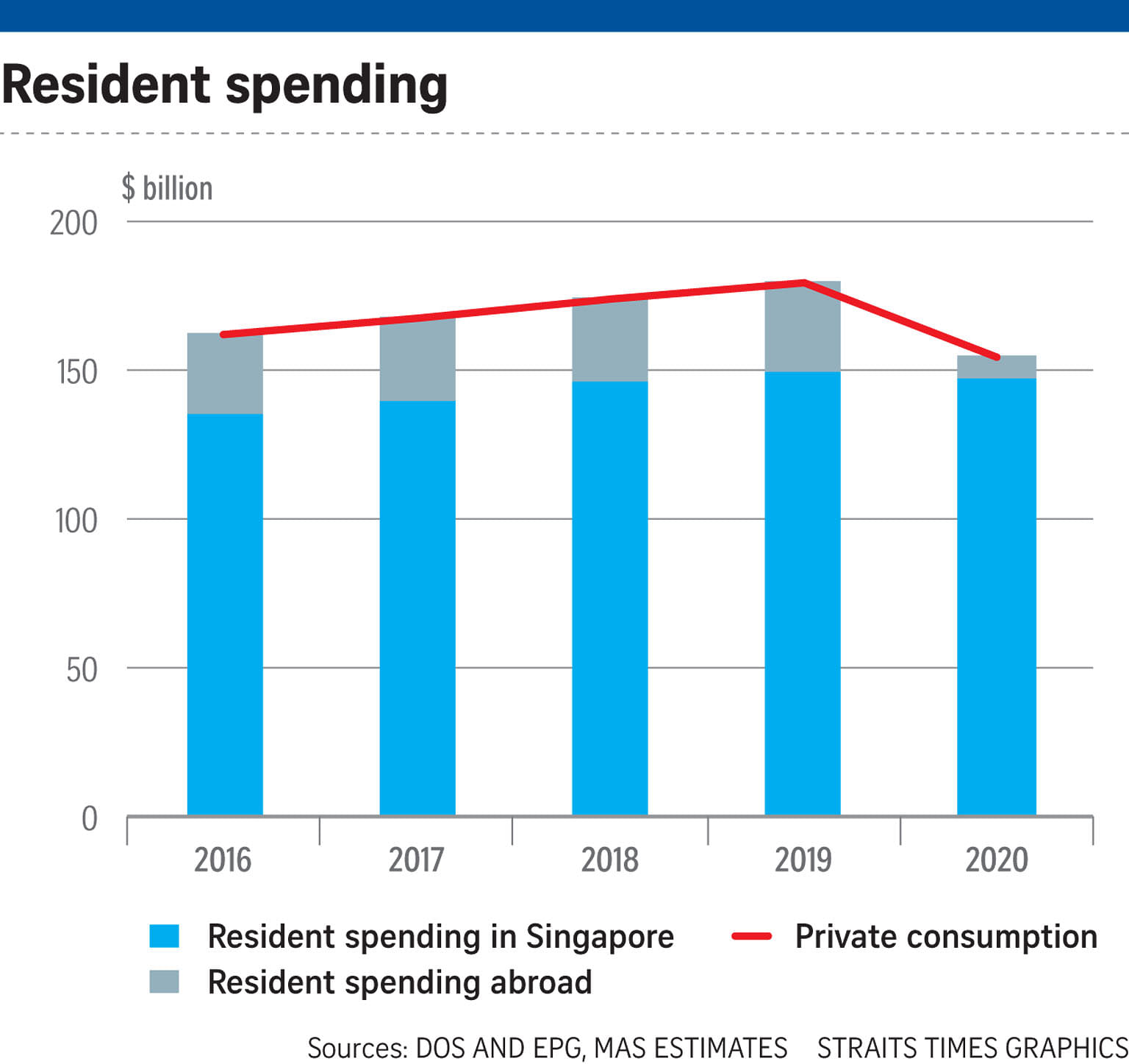 A rebound in productivity should also temper some of the increase in effective labour costs for businesses, even as wage subsidies that have sharply lowered unit labour costs taper off over the year.

But with stronger-than-expected demand for workers and other conditions, higher labour cost pressures could emerge towards the end of the year and into next year.